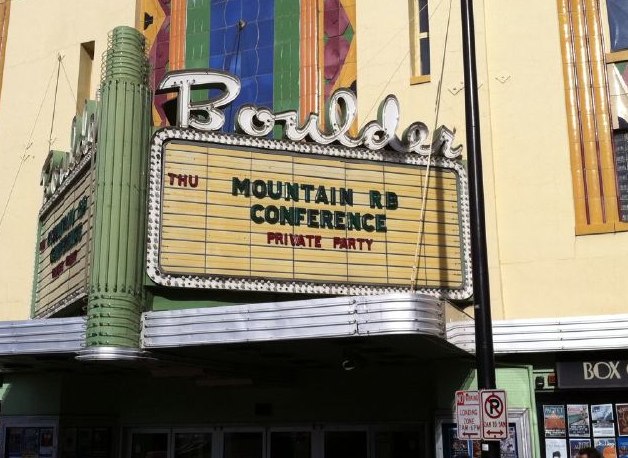 What better place to mine for skills in Ruby development than at the foothills of the Rocky Mountains? I couldn’t think of any better place to experience my first Ruby conference than at Mountain.rb. I went to Boulder, Colorado where I was greeted by towering mountains and listened to genius people advocating the language that I have been honeymooning with.

Now, please note, I am very new to the community. I have only been working in Ruby for the past 5 months, and I come from a design and front-end background. Most of my programming and development skills have been self-taught, so I’m a newborn amongst mature Rubyists. I think veteran developers might have had different experiences from the conference itself, but I’ve been inspired to share my beginner’s viewpoint. 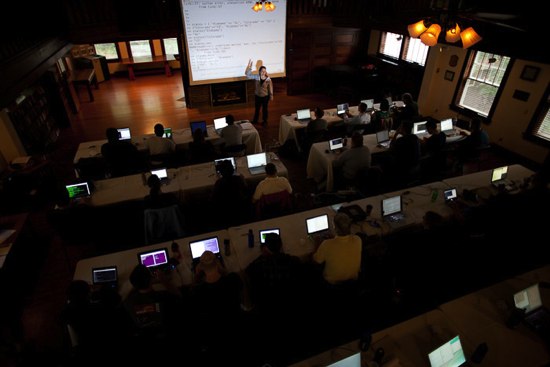 The conference started for me on Wednesday, October 6 with a QuickStart workshop on Ruby and Rails. The community house where the workshop was held sat at the very foot of the Flatirons. It was a beautiful view and the venue was the perfect meeting place. Rich, dark woods surrounded me and made me very comfortable, as I was about to get a steady, but strong stream of Rails knowledge sent my way. Sarah Allen (Blazing Cloud) and Sarah Mei (Pivotal Labs) led the QuickStart, and even though I am familiar with Ruby and Rails I was intrigued as they touched on the inner workings of Rails components. 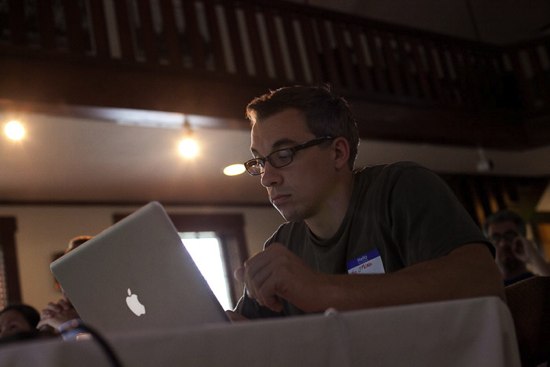 Thursday started off the technical sessions, of which I was uncertain of how much I would be able to keep up with. Most of the talks tended to be higher-level, touching on aspects of software development that anyone whom delves in code would be able to utilize. (I will admit that I did get lost when messaging between threaded processes were discussed). Evan Phoenix and Joe O’Brien inspired goodwill with their encouraging talks on treating people right within OSS programming and software sales.

Pete Jackson, our very own Director of Client Services, gave a blockbuster talk on Geospatial Programming (if you missed it, you can still catch him again at RubyConf in New Orleans). His talk touched on a lot of tools that many developers have not yet worked with extensively, and it was very well received. 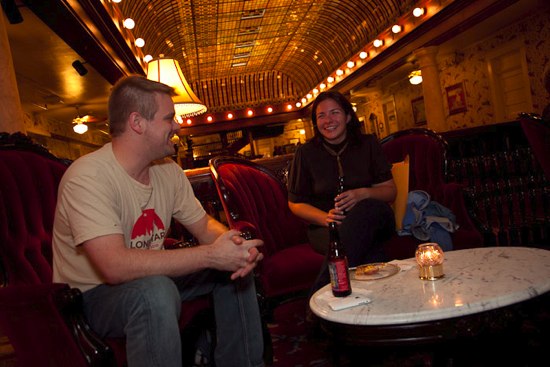 The Friday morning sessions were more suited to my skillset. Highlights for me included CJ Kilbom’s talk on front-end testing with Cucumber, Jasmine and Evergreen. He covered how to go further with your front-end tests, so that you can include JavaScript testing as well. Paul Sadauskas gave a talk about why dynamic forms should not be so complicated, which led to a lively discussion on possible solutions.

The biggest thing that I took away from my first Ruby conference is that this community is one that I want to grow in. Amongst the good-natured developers, crazy animal noises from the crowd, and fervor for the Ruby language and methodologies I feel like this is fertile soil for me to cultivate. I’m so glad that I have been uprooted from PHP while I’m still green!