The XO Group Inc. is the parent company of leading wedding website, The Knot, along with its counterparts, The Nest, The Bump, and the Wedding Channel. Headquartered at 195 Broadway in New York City, XO Group is in the heart of creativity.

With innovation at their core, XO is continuously reinventing itself and as of late, has embarked on the migration of their .Net based applications to Rails.

In early 2014, XO brought on Intridea to help build one of their main apps.

With a team of talented folks: product manager (Elliot), tech lead (Steve), designer (Laura), three Ruby on Rails developers (Jeff and Tom from Intridea, and Edina from XO), and one mobile developer (Meghan). The new app was brought to life, it is designed as a single web app built with Backbone, CoffeeScript, Twitter Bootstrap, Rails, and Postgres, the app is intuitive, responsive, and easily adaptable to the changing trends in the wedding industry.

After Intridea’s initial three month agreement and successful completion of MVP (minimal viable product) features, XO extended Intridea’s contract for three additional months, asking us to also help them with one of their other major apps; which we were more than happy to do!

Surrounded by creatives, XO exudes an entrepreneurial mindset. Each product team is largely self contained, with their own budget, and responsibility over their own data and services (which are exposed with APIs). Thus, allowing for great flexibility and efficiency, and enabling teams to quickly take their products from inception to production.

The Agile and TDD development process (for apps built with Ruby on Rails) has been set up by Pivotal, which we followed with some modifications to improve efficiency. XO uses its own enterprise version of Github for project repositories. Builds are handled by Jenkins with the build success/failure status prominently displayed publicly for everyone to see. The team is situated in the same area for easy communication (and pairing). Hipchat and Basecamp are also used to enhance team communication and sharing of project artifacts. Most of the technical docs (like API specs) are hosted on internal wiki and XO has recently migrated from Microsoft Office to Google’s Gmail, Drive, and Hangout.

The NYC office is conveniently located right by the Fulton subway station. They have the 25th and 24th floors of the historical 195 Broadway building, also known as the old AT&T building where the first transatlantic telephone call was made to London in 1927. 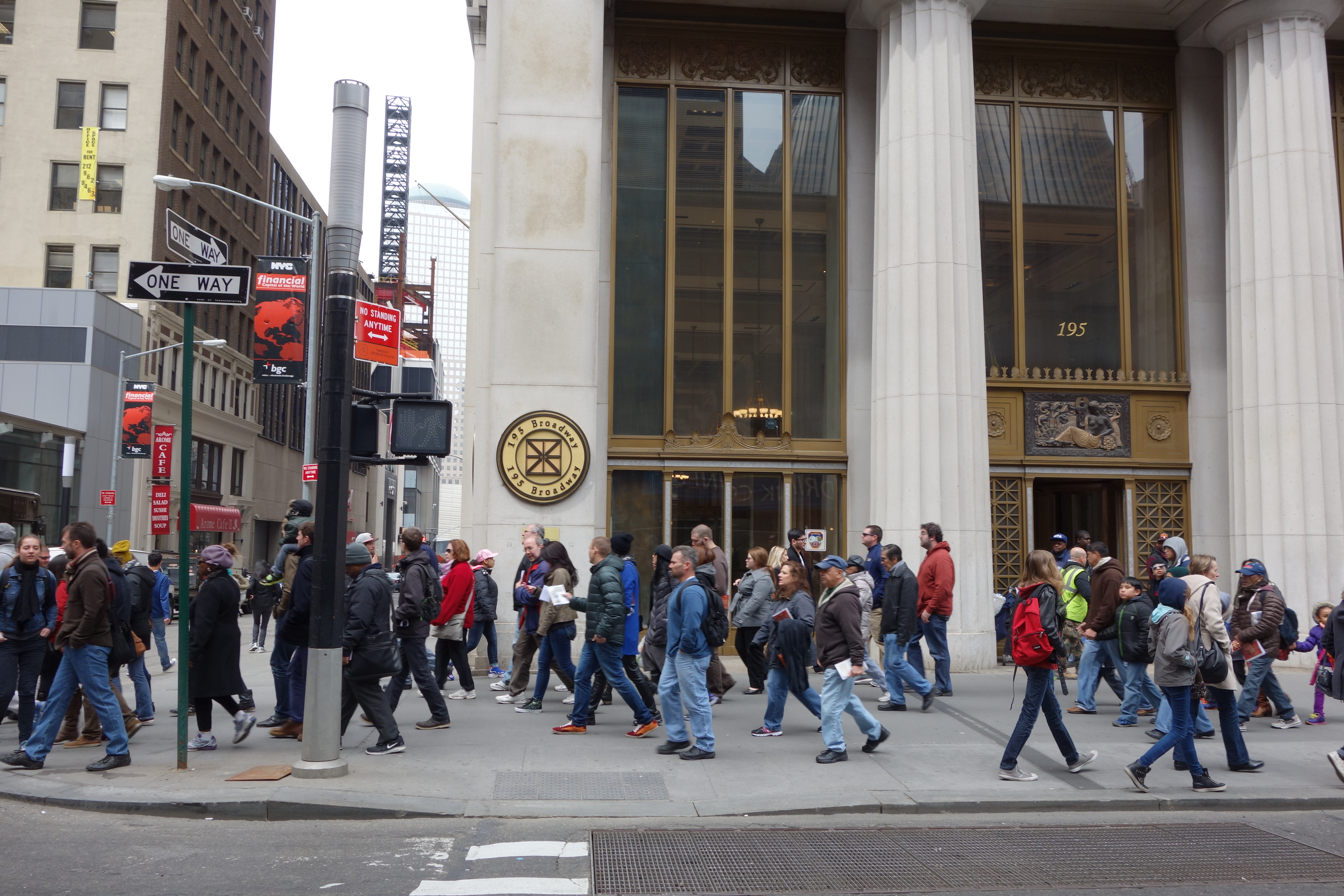 In addition, XO perks are pretty great too. From free drinks, snacks, and Thirsty Thursdays to game rooms with Ping Pong, pool, and foosball tables, XO group knows how to make folks happy! And not only this, but XO Group graciously hosts a number of NYC area meet-up events including Hack Upon A Cause and NYC Big Apps. Each employee is provided with locker, which helps to declutter the office desks, and makes it easier for engineers to move around when pairing with different people. There is a gym nearby where some XO employees go workout regularly. XO also has a running club whose members run on the beautiful NYC Greenway bike trail just a few blocks away.

XO is a top notch company with awesome people, perks, and services! It’s been a great experience for Intridea and if there was a rating scale for amazing clients we’d give them a ten out of ten – hands down!