Writing Code for Your Future Self 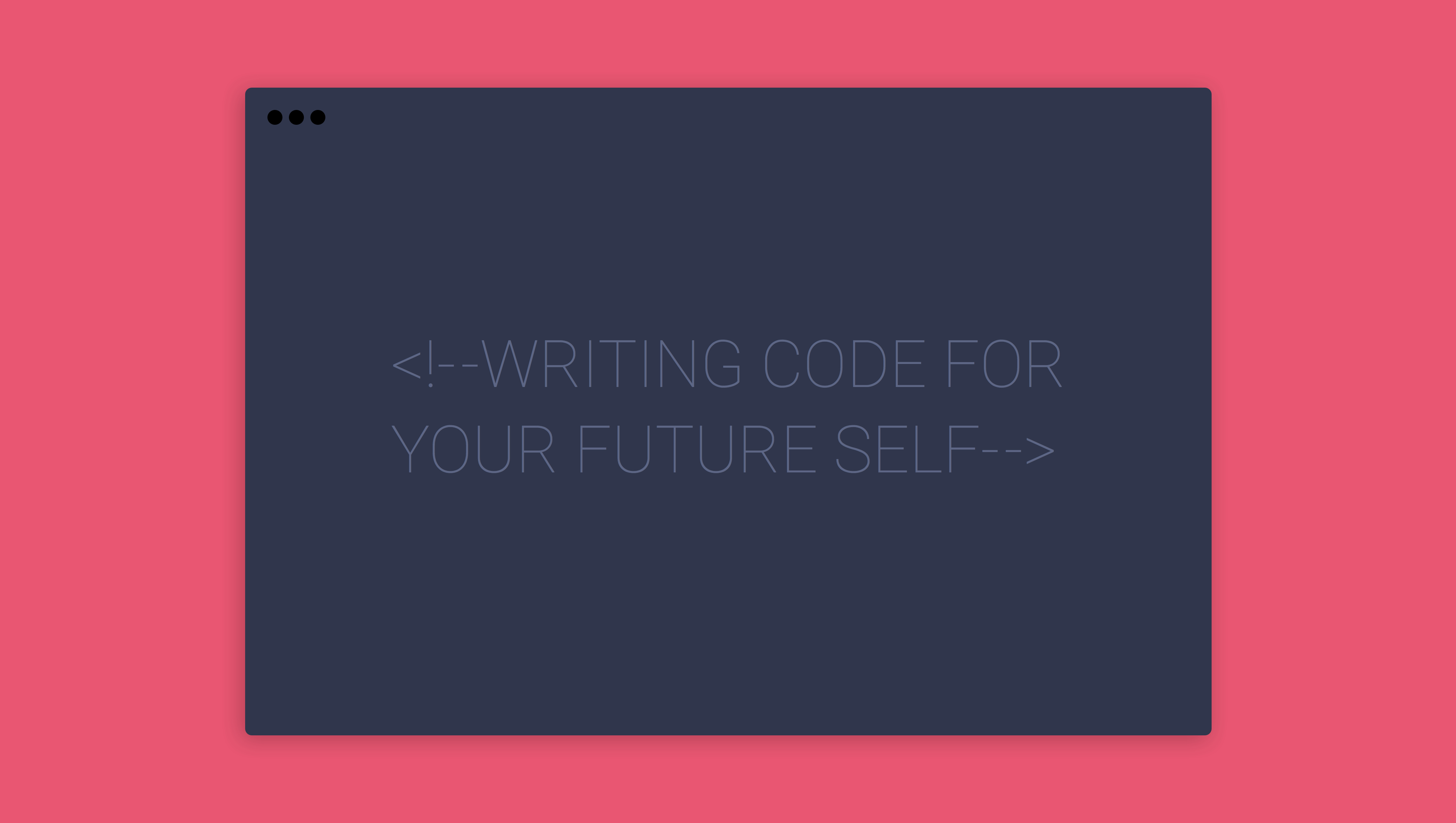 One of the greatest things about the web industry is the respect and generosity developers have for one another to share knowledge in this ever-changing atmosphere. Whether you’re on a small or large team, solo coder or open-source hero, arguably the most important pieces of your code aren’t code at all. Commenting and writing readable code can save yourself and teammates valuable time by quickly understanding what your code does without the countless hours you spent carefully crafting the most elegant code imaginable. Even if you’re working alone, readable code can avoid those awkward situations of you having to figure out what genius (spoiler: you) wrote this awfully convoluted code. Other benefits include auto-generated documentation and speedier code reviews. So, next time you write the “one function to rule them all”, take the time to rename it from doesSomething to addTaxToSubTotal and comment the hell out of it – your teammates and future self will thank you.

What is “Readable” Code?

JavaScript: it was the best of languages, it was the worst of languages. Because of JavaScript’s flexible nature, we can sometimes write code that looks very strange and hard to read. Here are a few guidelines you can follow to ensure you are writing readable code:

Let’s take a look at some code that could use help to make it more readable. Below we have a function that performs some actions on product information. I will refactor the function so that it performs the same actions, but is much easier to maintain and collaborate on.

This function is pretty simple, it takes a data object and sets the label property to “expensive” if its price property is greater than 100, otherwise sets it to “cheap”. Although this logic is simple, there are a number of changes that could be made to make this function much easier to read and maintain.

Let’s see what the refactored function would look like:

Writing clean, readable and well-commented code is a skill that needs to be honed and valued. Many developers overlook this, but it’s really what can set you apart from others in your field. And remember any little bit helps, so use the guidelines above to gradually improve your code today!