I finally had the time to write up a recap of Rails Underground in London, even though it’s a little overdue. I’ve really come to enjoy smaller regional conferences. Since it’s such a smaller crowd than larger conferences, you get to meet and spend more time with the same people — getting to know them better and pick each other’s brain. Rails Underground was great because of this reason, but not this reason alone. 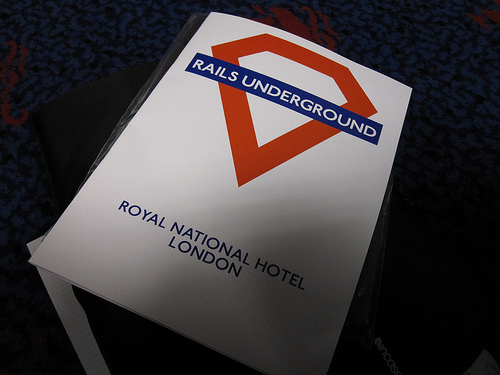 I was attending Rails Underground to give my talk on Mobilizing Your Rails Application. The point of my talk was to get developers more focused on the mobile web and other mobile technologies and explain how to use certain plugins and gems to accomplish this. I believe my talk went well judging from the response afterwards — and since it was recorded, you’ll be able to judge it yourself as well. If you’re interested, feel free to view the slides here. I’ll be adding a link to the video of the talk as soon as it’s posted. 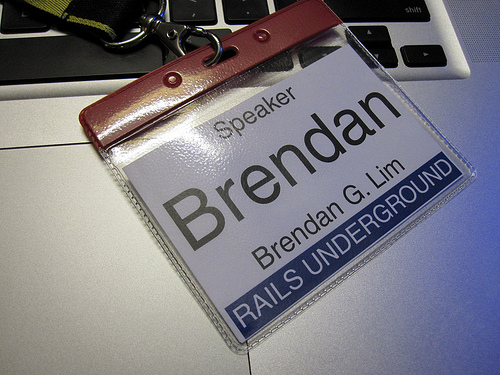 The conference was spread into two separate tracks for two full days. When I gave my talk, I was up against Pat Allen’s talk about the Community, which was another great talk also being presented at the same time in a different room. I enjoyed all of the talks that I attended but some of the talks that stood out to me were James Wilk’s talk on Cucumber, Pat Allan’s talk on Thinking Sphinx, Dr. Nic’s talk on Blue Ridge, and Jim Weirich’s talk on the Grand Unified Theory of Software. One talk that was extremely creative and entertaining was Paul Campbell’s talk, An Agile Workflow with Rails, which ended up being a hand-drawn story presentation. There were also keynotes on each day of the event. The opening keynote was delivered by Fred George and by Yehuda Katz on the last day.