We are a family and our clients here are everything. Our unity is the lifeblood that courses through this place, and our dedication to each other is the fuel that powers us through the toughest of challenges.

If there is a single word that summarizes our attitude toward pretty much everything, it is this. We push ourselves. We push technology. And we push the boundaries of conventional thinking. Did you notice that hummingbird in our logo? That’s no icon, that’s our symbol. Hummingbirds are flying ninjas—focused, energetic, and wickedly fast. They are the perfect visual representation for who we are and how we work.

Just a small portion of our amazing people. 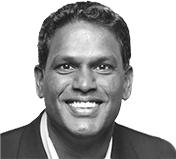 Barg has written numerous articles, and presented workshops at various conferences: he has received many awards for his user experience expertise. With two successful companies (Mobomo and Intridea, a web application development company) to his name, Barg was elected as one of Washingtonian magazine’s Top 100 Tech Titans in the D.C.-metro area. 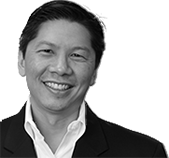 Ken Fang is the President of Mobomo, primarily overseeing the strategy and operations of the company. He works closely with clients to create mobile solutions to meet their strategic needs, and is adept at developing apps on all major mobile platforms, including iOS, Android, Blackberry, Windows Phone, and mobile web. In addition to running Mobomo, Ken is the founder and chairman of Altum, Inc., the market leader of enterprise grants management and performance management solutions for federal and philanthropic organizations. In 2009, the Washington Business Journal recognized Ken as one of the D.C.-metro area’s top minority business leaders; additionally, he has published a number of titles and articles in educational software and advanced computing technology. He holds a B.S. and an M.S. in Computer Science from Pennsylvania State University, an M.B.A. from the University of Maryland, College Park, and a certificate in Bioinformatics from Stanford University. 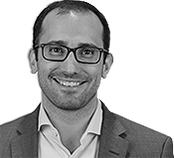 Brian serves as a thought leader in the industry recently being named as an industry chair to Advanced Technology Academic Research Center.

He received a double B.A. in Economics and Psychology from Claremont McKenna College. 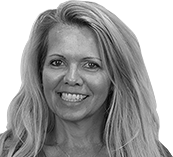 Wendy Fyock is Mobomo’s Chief Financial Officer. She manages all financial and administrative aspects of Mobomo and oversees its security matters. Wendy holds a BS in Accounting and Management from the University of Maryland University College, graduating in three and half years while working full time in the Accounting Department of a satellite manufacturing company. She passed the CPA exam at her first sitting in 1991 and became a Certified Government Financial Manager (CGFM) in 2007. She also is a notary.

Prior to Altum and Mobomo, she was the Controller (1992-1994) of Keystone Corporation, a telecommunications company. Keystone was purchased in 1995 by the owner of National Telecom, USA. Wendy was CFO of both companies from 1995 to 1998 when the telecom consortium relocated all operations to Florida. Wendy started her own public accounting firm in 1998 which she sold to Metro, Metro and Associates in 2008.

In 2015, Wendy was recognized with an Executive Management Award by Smart CEO Magazine. This is her third award by Smart CEO Magazine as in 2010, the publication chose Wendy for a Smart CFO Award and her fellow finalists selected her as THE Smart CFO. The Executive Management award celebrates C-Suite executives for their creative management, vision, leadership philosophy, innovative strategy and undeniable work ethic. In 2015, Wendy also was recognized by Who’s Who of Distinguished Alumni for ascending the summit of professional accomplishment and by The National Association of Professional Woman as VIP Woman of the Year Circle for 2015-2016 for excellence, leadership and commitment to her profession, while encouraging the achievement of Professional Women. 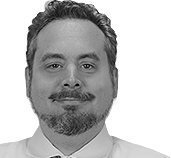 Shawn MacFarland is the Chief Technology Officer (CTO) at Mobomo, bringing more than 20 years of software engineering experience designing and developing both federal and commercial enterprise solutions. Over his career he has developed shrink wrapped and mobile apps, lead teams and business units, linearized legacy costs and championed modern approaches, and most recently architected and directed the creation of an AWS dual Region FedRAMP compliant Content Management PAAS. He loves to solve complex technical problems and to oversee the implementation of solutions to those problems. Over the years he has worked with large projects based on COM/CORBA C++ Enterprise, JAVA EE, Ruby on Rails, Percussion, both Drupal and WordPress CMSes, and node.js. He is OS agnostic, loving Linux and Windows equally, so long as the master-images are CIS-Benchmark compliant and current with security patches. Rather than focusing on a specific language stack, he advocates polyglot solutions to leverage language strengths to the specific problems spaces in which they excel. Because he respects the difficulty of distributed computing problems he prefers cloud service solutions particularly AWS-based offerings, to the creation of custom coded solutions to handle enterprise infrastructure services. He is currently driving company wide technical vision and coordinating multi-discipline engineering teams to make this vision a reality. He holds a B.S. in Computer Science from University of Massachusetts, Lowell. 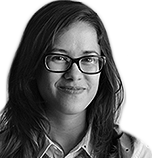 Ms. Paula Cintioni is the lead interaction designer at Mobomo. She has 9+ years of experience, including web/mobile interface, interaction, and usability design. Her job consists of directing the strategy and delivery schedule of all graphics deliverables. In addition, she’s the director of our team in Buenos Aires coordinating the whole offshore operation. 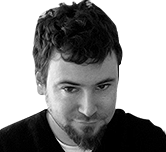 Gerardo Pinkus has been passionately delivering exceptional graphic design for 8 years now. As Mobomo’s Art Director, he’s the beacon that leads all the design efforts to bring every product delivered to its highest quality. Mr. Pinkus’ attention to detail and talent help him set the desired styles tailored to fulfill every client’s needs.
His first steps in the digital world began years ago designing websites for a variety of clients at design studios. Later on, he jumped on board into the mobile world to which he has devoted his career up to today.

William is a Director with two decades of experience in IT. Working on whitehouse.gov with both the Clinton and Bush administrations, William started his professional life as a graphic designer and worked his way up to be the manager of Web Technologies and Application Support for the White House. Having additional experience with other Washington-based organizations, he’s well equipped to navigate the special challenges that beltway projects can contain. Known for a good sense of humor, William can make the most of any situation and works hard to make everyone’s experiences as stress-free as possible. When not building SharePoint lists or PowerPoint decks, William likes to play with his two dogs, two cats, and three guitars. (Not all at the same time, of course.) 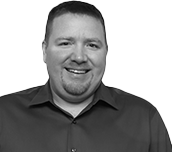 Mr. Schulte is a Senior Software Engineer at Mobomo. With more than 10 years of software engineering experience, he has exceptional proficiency in designing and developing enterprise applications. Prior to joining Mobomo, Jason founded and ran his own company, Exceptual Technologies, which focused on providing infrastructure, hosting, and web development for businesses. Jason’s software expertise includes MySQL, JavaScript, JQuery, Xen, Amazon Web Services (AWS), and PHP, amongst many others. Additionally, he has deep expertise with content management systems, such as Drupal and WordPress. Besides coding, he enjoys coaching junior developers and providing top-tier support to end users and clients. Jason holds degrees in Computer Science from the Missouri University of Science and Technology, and Missouri State University. 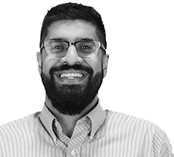 Karandeep Kang is a Director at Mobomo, bringing extensive expertise in quality assurance, test management, test automation, requirements gathering, and development management. He received a B.S. in Neuroscience from the College of William & Mary. 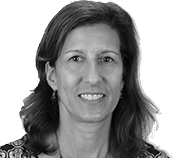 Mary Matalas has over 15 years of client-focused experience developing strategy and leading teams in delivering digital, social networking and cloud-based platform solutions with both public sector and commercial clients. Her strengths are in working collaboratively with clients to build long lasting, trust-based relationships and in building creative, motivated cross-functional teams that deliver high quality services and products. 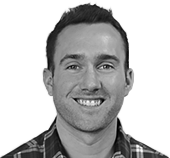 Ryan McNey is a Director at Mobomo. He brings 6+ years of IT experience supporting federal and commercial clients, with a specific focus on Systems Integration. Ryan is passionate about design, problem-solving, and collaboration. He received a B.S. in Business Management from West Virginia University 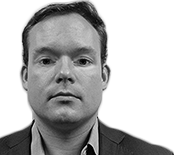 Austin White is a Director leading complex mobile, web and cloud infrastructure development for at NASA and the International Trade Administration within Mobomo’s Federal Practice as well as a number of political organizations on the commercial side. Austin, a Microsoft Certified Professional (MCP) and Certified Scrum Master (CSM), also develops on the Microsoft Dynamics platform and the Atlasssian suite. Prior to joining Mobomo, Austin served as a Senior Consultant for Blackstone Technology Group’s Digital Services practice, managing enterprise digital transformation efforts for top U.S. financial and energy firms. 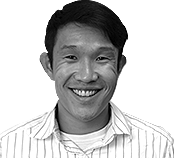 Peter Van utilizes Agile and Scrum methodologies to help organizations improve their experiences through the medium of mobile and web. With over a decade of project management experience, he has worked with clients such as the United States Geological Survey (USGS), National Oceanic and Atmospheric Administration (NOAA), United Service Organizations (USO), and Gallup to solve operational and technical problems by implementing new applications and websites to provide a better mobile and web experiences for employees and users alike. 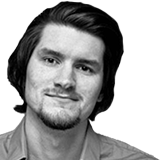 Lucas Riutzel is a full-stack Software Engineer with 9 years experience in planning, developing, and implementing interactive websites. He enjoys building and managing linux based server infrastructure. Lucas is proficient in numerous programming languages and is an advocate on topics of privacy and security. He has spoken previously at Drupal Camp Chicago and is a co-founder of a local Drupal group.

Miles McLean is a Software Engineer bringing with him over ten years of IT management and systems engineering experience. Proficient in Microsoft and Linux enterprises, Miles specializes in custom DevOps work surrounding automation, scripting, and software deployment suites across multiple platforms. He is also experienced in hardware, both physical and virtual, as well as network infrastructure, storage, database, and resource utilization management. His free time is spent exploring rivers, forests, caves, and video games around his home in Nixa, Missouri. 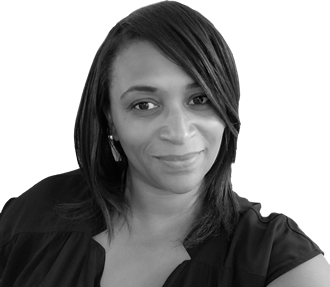 Kimberley Garcia brings over 20 years of Project and Program Management experience supporting Federal contracts. She is experienced with meeting demanding performance standards, developing and managing performance metrics, contractor performance and remediation, as well as implementing quality and process improvements. She believes the key to success in engagements is keeping the lines of communication open.

Prior to her work at Mobomo, Mrs. Garcia provided services at Amtrak managing the deployment of their Mobile Application. She has supported large multi-site efforts at Dell Services Federal Government, Program Management Associates and Harris IT. Mrs. Garcia holds a Bachelor of Science from Syracuse University, an MBA from The George Washington University and is a PMI-certified Project Management Professional (PMP). In her spare time, she enjoys spending time with her family and friends, watching sports and spending time outdoors.

8 principles that guide and inspire everything we do.

A few achievements we’re proud of

Small Business Subcontractor of the Year 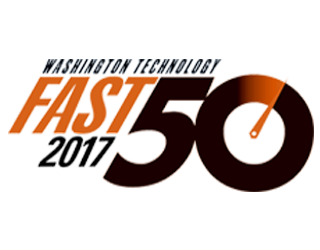 The Academy of Interactive and Visual Arts, Davey Awards 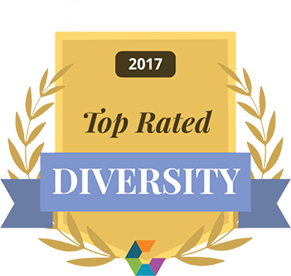 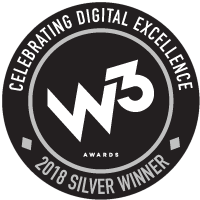 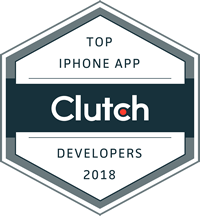 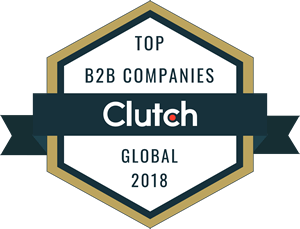 Check Out Our Work