The Recipe for the Apple…Tablet 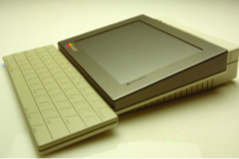 Let’s move away from prognostications and fabrications because there are enough of those going around. The reality is that if an iTablet or iPad or iSlate or iThingy is indeed announced by Apple tomorrow, it will likely not look or function the way we think it would. After all, this is the company that created the scroll wheel, dared to put one button on a phone, and brought multi-touch to multi(ple) computing devices.

If Apple succeeds in doing the tablet the Apple way, then the starting point for it will not be to think about how the tablet fits into the current gadget landscape. Instead, Apple will have embarked on how it could once again redefine an industry to make the tablet a necessity.

Apple is as much about content as it is about hardware. That’s the proven Apple recipe. In the last two decades, Apple has blown up both the music and software industry with iTunes and the iPod and the App Store and iPhone respectively. It’s obvious where the next big media disruption is happening — print. Apple’s once again in its favorite place — not being first to market but instead watching and waiting, observing and then innovating.

Sure, Steve Jobs mentioned that Apple doesn’t care about e-readers. Similar statements were made about playing videos on tiny screens and staying out of the phone market. More significant though is that an Apple tablet would probably resemble as much an e-reader as the iPod did an MP3 player. Compared to Amazon’s Kindle, the Apple tablet would be full color, multi-touch, and probably have a larger screen. And unlike the Kindle, which is only just launching a platform for apps (not especially exciting), the Apple tablet could soon embrace all of the 100,000+ apps running on the iPhone.

Like many technology predecessors before it, the initial response to the impending Apple tablet will be to categorize it as a gizmo, shiny toy, and luxury. After all, it’s just a glorified e-reader. What skeptics will fail to recognize is the significance of a large multi-touch personal media device that provides always-on access to a little thing called the World Wide Web while packaged in the form factor of a true modern day digital notebook (versus the ones that were called such towards the end of the 20th century).

No, no one knows what the Apple tablet is going to look like except those at Apple. Wish lists and concepts aside, what is for certain is that if Apple has decided to venture into the tablet world, the print and computing market is going to be changed forever.