Does an Apple iPad Replace a Laptop or Netbook? 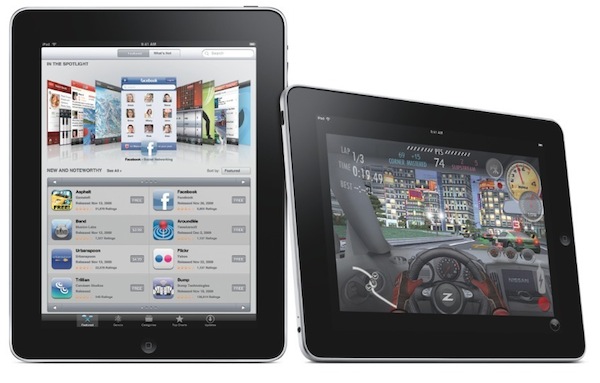 For the sake of usability testing alone, I’ve spent a considerable amount of time with my iPad, taking it with me whenever I leave the house. Since it’s a WiFi-only model, I also take my Palm Pre Plus phone for it’s Mobile Hotspot tethering feature, in case there’s no WiFi wherever I’m going to be. While I have done “in the field” testing all that extensively since Apr 3rd (the day iPads were first available), I have found that the iPad is definitely not a laptop or even a netbook replacement, but for what it does do, it does quite well.

Yes, there are a number of limitations that the current iPad has, but app and OS limitations will eventually be dealt with, and it probably won’t cost much if anything to upgrade. (Though there are rumors that iPads will only be allowed one free major OS upgrade.) Hardware limitations are a different story, but numerous sites are reporting their findings that the new iPad USB camera connection kit actually supports far more than cameras, including USB keyboards and even external hard drives. So some of the hardware limitations are being handled already, albeit often by third parties, not Apple.

Now until I do some more thorough usability testing, I don’t want to write too much about the pros and cons just yet. However, Michael Gartenberg of Altimeter Group carried just his iPad around for two weeks, and wrote over at Slashgear about his ten iPad lessons learned — much of which I’ve also found to be true. The most prominent feature is that the battery lasts so incredibly long, depending on your usage. (The drawback is that my Palm Pre Plus runs out of juice long beforehand, so I sometimes find myself without a wireless connection for the iPad, if I’m away from home the whole day or an entire weekend.)

While an iPad is not a replacement for a laptop or netbook for most people, it is still an amazing device that lets me take care of running my business while I’m away from my home office. For any tasks that it can’t do well, I reserve for a netbook that my wife otherwise uses, or for my MacBook Pro when I get home.

The iPad also has numerous other uses that just aren’t suited to netbooks and laptops, including being used as an inflight entertainment system, which Bluebox Avionics is doing. In fact, web video browsing was going to be one of the primary personal uses of my iPad, but iPad-enabled video content is still lagging. But for longer flights, with video content already loaded, the iPad could make for a great entertainment system. Sound quality especially via headphones is superb, and I say that even as a long-time audiophile. (It means more airlines could offer this extra without having to upgrade their airplanes, possibly reducing airfares?)

Still, For me, the iPad has been worth every cent, and that’s before I’ve even acid-tested it with my own custom apps — which are still a glimmer in my eye at the moment. It might be a relatively costly device, but for the workflow it offers and what it does well, it’s worth it.

If you’re interested in knowing more about what a custom iPhone or iPad app can do for your business, please contact us.