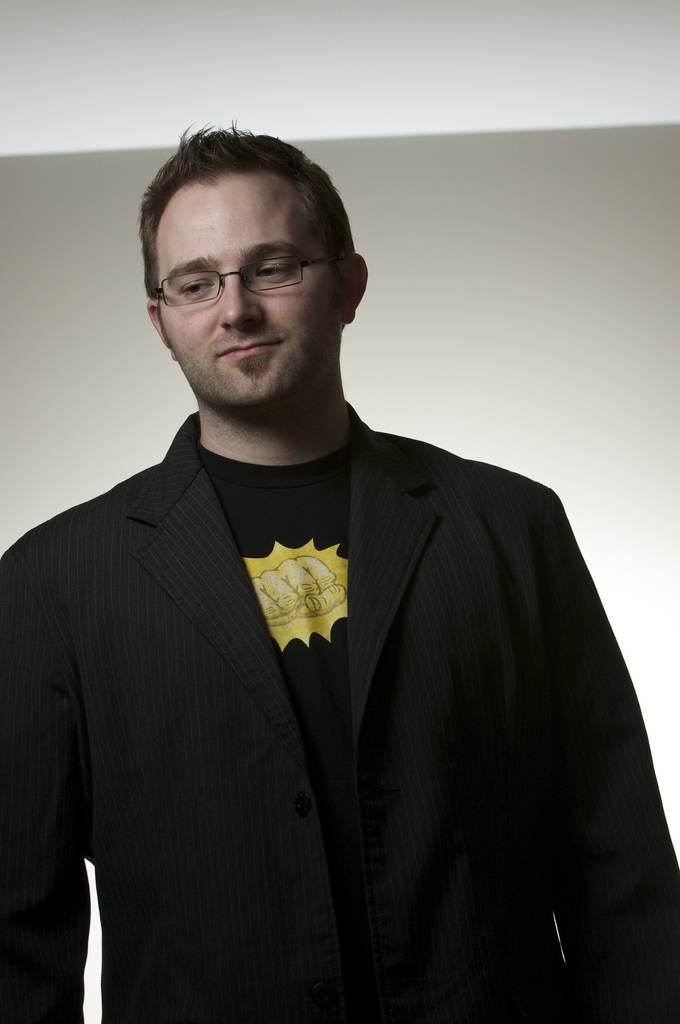 This week in the Intridea Insider, meet Adam Bair, our Director of Development.

Adam was born to hack. At the age of three he started taking apart electronic equipment to see how things worked and before he was eight he was building intricate Lego Technic creations, like cars that had four-cylinder engines with moving pistons and suspension systems. By the time he was a teenager, he was making lineman’s handsets to tap into and test phone lines.

What truly sparked his passion for technology, though, was video games. “I started gaming with text adventure games on BBS’s and became obsessed with PC gaming when games like Wolfenstein and Doom were introduced.” Back then, there was much leg-work to be done in order to support a hardcore gaming hobby. “For example, I had to learn how my modem worked so I could play Doom with a friend by dialing into his modem directly over a phone line.” He even went so far as to replace the telephone lines running to his house: “I had to make sure I had the fastest, cleanest connection. The lines get fragile over time from exposure to the elements, and that can affect the speed and quality of the connection.”

Adam thinks back to those days with nostalgia; “Today, someone can be a ‘gamer’ and not necessarily (or even likely) be a geek. But back then, you had to be a geek in order to be a gamer. Those were the ‘good old days’. I would stay up all through the night, playing around with old Linux distros, reading about electronics, reading 2600 magazines, connecting to BBS’s and gaming. When my Mom woke up at 5 in the morning for work, we’d have coffee together before I went to bed.” I asked Adam about his 2600 magazines, and he explained why they were an important resource to him back then; “We didn’t have Google then for all the answers. We also didn’t have laptops and iPhones and iPads; 2600 gave us mobile access to tech information.” 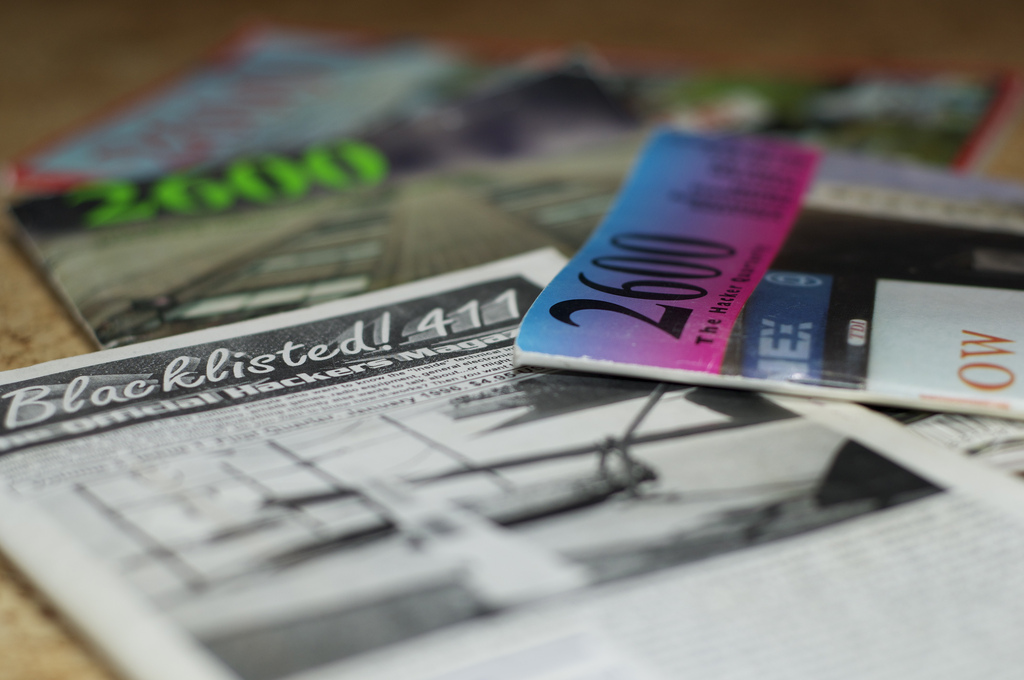 After college, Adam worked several sysadmin jobs but he was always finding a way to program. “Every place I worked at, I got bored with working on hardware, so I started writing software to automate the stuff I did. For example, when a user left the company, terminating their access to the systems they had privileges on could take up to an hour. So I wrote scripts to go in and handle most of that work for me. I started off writing small, useful scripts in Perl and bash — even some command-line PHP — but it felt inelegant.”

Adam discovered Ruby when he was poking around at Borders one afternoon. “I was just looking around in the computer section, and I saw “the pickaxe book” (“Programming Ruby”). I browsed through it and thought, ‘I have to try this out.’ It was similar to Perl, but it was sold on elegance and programmer happiness, which was just what I was looking for.” He gushes, “I never loved programming like I did once I discovered Ruby. In college I thought I would be a hardware guy forever; I guess Visual Basic will do that to a person.” He was determined to learn Ruby and began by replacing all of his old scripts with Ruby ones.

Adam was working as a sysadmin for a small healthcare company in southern Maine. “I happened to watch the ‘Build a blog in 15 minutes’ video from DHH and that got me really excited about Rails. Its philosophy values elegant simplicity and using it meant that I could write web apps in Ruby, so I quickly learned Rails.” 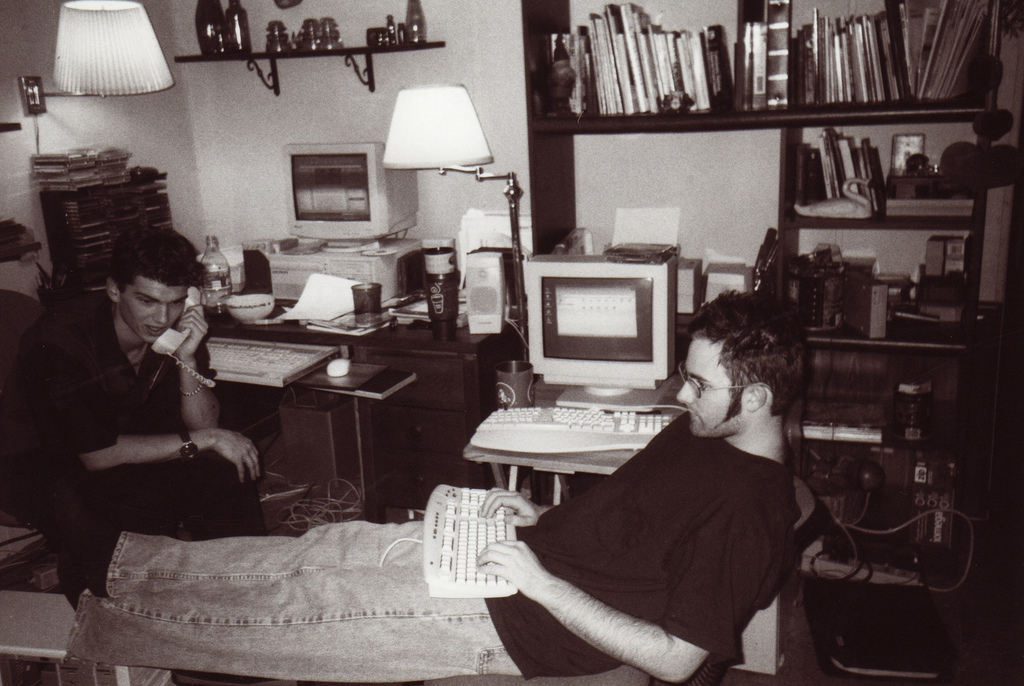 A few months later, he saw that Big Nerd Ranch was offering one of the first Rails classes in the US and it was a 7 day course, taught by Marcel Molina who was then a core contributor to Rails and a 37 Signals employee.

His company paid for the training, and Adam soon found himself in the middle of the humid woods of Georgia for a week, learning from one of the brightest luminaries in the Ruby and Rails community, at the beginning of the Rails surge. “Not only was I learning Rails, but I was actually talking to professional software developers. That was a big deal for me, because everyone else in my circle were hardware people and I never had the opportunity to work alongside other programmers. So here I was, talking to guys that worked for the government, and for Pixar Animation Studios, who were using Ruby to manage their build scripts on their rendering farms. It was a turning point for me, because I realized there was this whole other world out there, with programmers in it.”

“We were expecting our first baby, and Renae wanted to be a stay-at-home Mom. We came to the realization that a sysadmin’s salary in Maine would not be able to support that lifestyle.” So Adam started looking for higher-paying jobs and ended up sending his résumé to Revolution Health. “I was sure no one would call me back,” but he got a call the next day and they asked him to fly down to their office in DC that week for an interview.

After his interview, Adam strolled around the National Mall for the first time before his flight back home to Maine. He hadn’t made it back to the airport before Revolution called him with a job offer. “Here I was, a country boy that had never traveled, in the nation’s capital. I was seeing things that I had only seen in movies. And then I get a job offer, with a salary that was three times what I was making in Maine. It felt like I won the lottery. I still do feel that way about my life, even now. It’s pretty awesome.”

Adam learned about Rails development at lightning speed during his time at Revolution. The codebase was massive, and there was little room for error. Adam was put in charge of the home page, the most highly visible portion of the site. “The only reason I became really good so fast was because I was working some brilliant developers at Revolution; I learned so much from guys like Todd Fisher, Aaron Batalion, Svante Adermark and Eddie Frederick. They had an amazing drive for excellence and delivery and they knew the source code inside and out.” 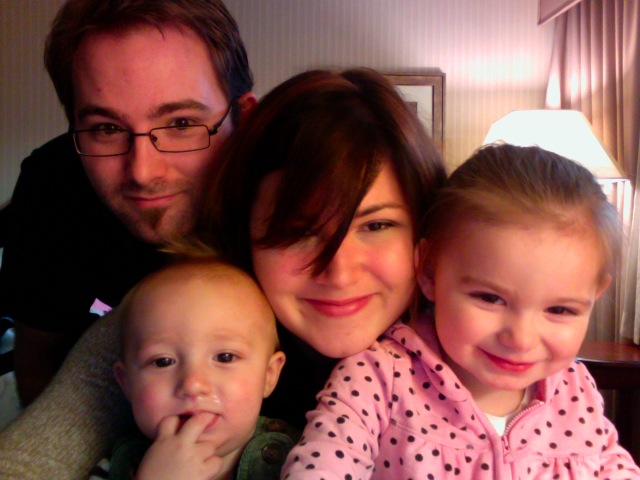 When he interviewed at Intridea a year later, Adam was already well-trained in software development and comfortable working with large teams of developers with tight deadlines. “I loved working at Revolution. But the 90-minute commute each way was killing me. I barely saw my daughter, Serenity, for the first year of her life, between work, commuting and social activities with Revolution. So I found Intridea and sent them my résumé; I liked their site, their philosophy and they were located in DC. And as a bonus, they allowed all of their employees to work from home.”

The reality that he was a talented developer was slowly setting in; “It blew my mind when Dave hired me. Up until that point I thought that getting hired at Revolution as a developer was just luck, but then it happened again. It felt like a ‘Cinderella story,’ to quote Caddy Shack:”

I asked Adam how the work at Intridea differs from the work he did at Revolution. “We have smaller teams with a lot more trust. There’s no bureaucracy or red tape feeling. Things just get done the right way without a lot of fuss. I’ve been working on small projects, which means I get exposure to more codebases.” In addition, he gets to work with a lot of experts; “We all work remotely, and that requires a different kind of person. People that work remotely have to be really dedicated, driven and talented, and we all are.”

Adam’s specialty is taking on “rescue projects,” so he’s often working on fixing broken code; it’s his niche, like Winston Wolfe from Pulp Fiction. “I go in and clean up messes that we inherit. I’m good at it, and I enjoy fixing things.”

Although most Intrideans work remotely, they certainly don’t work alone. Adam travels to DC frequently to the Intridea office, and meets up with other Intrideans when he is in town. “We’re in constant contact through IMs, Skype and Present.ly. Intridea is well-represented at most conferences, and since there are so many of us that do speaking engagements we get to see each other whenever we go to conferences.” 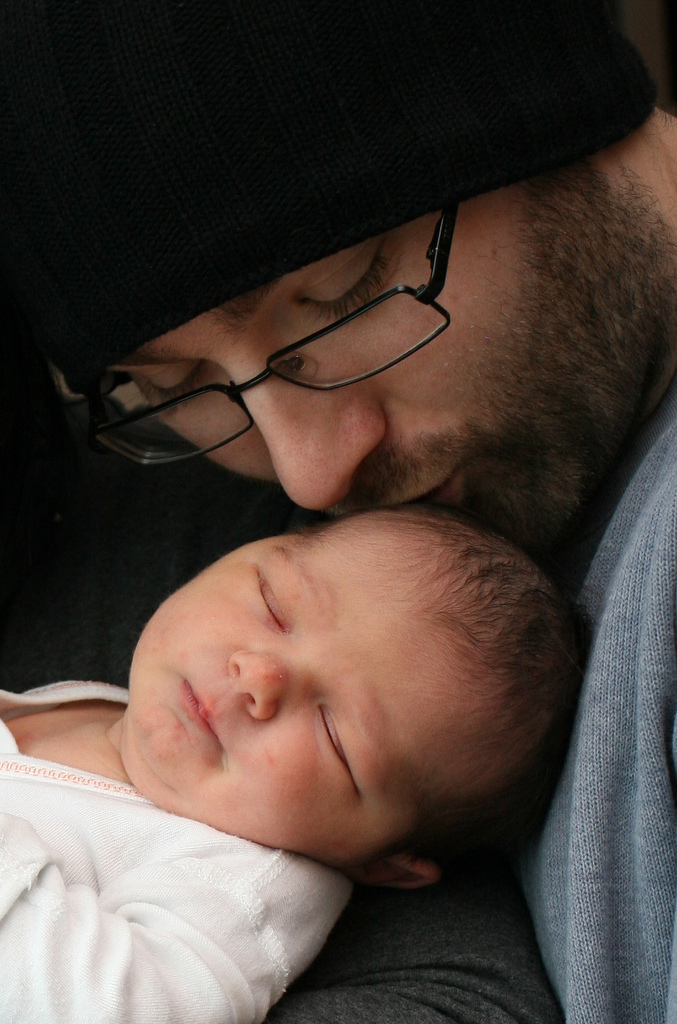 Adam raves that Intridea is truly an awesome company to work for, especially with the freedom that he is afforded as a remote worker. At lunchtime he walks upstairs and enjoys lunch with his children, Serenity, Sébastien and Séraphin. “I work hard, and I work a lot. But working here has actually given me so much more time with my family, and I’m always grateful for that.” Adam is fortunate, and he knows it. “I’m not in the rat race anymore; I don’t sit in traffic for hours a day, pay tolls and use gas to commute. I get to listen to dubstep while I code all day, and I don’t even have to wear headphones.”

Adam is a Vim user and evangelist. “I used TextMate for a short time, until I realized that future versions were essentially vaporware or questionable at best. I used Vim back in college and for sysadmin work, so I went back to my roots. Using Vim decouples you from the mouse, a tool that really slows you down. The sound of someone flying along in Vim is like the hymns of angels. It’s beautiful, and it’s how a computer should be operated. If you think of hacker movies, what are they doing? They’re not pushing a piece of plastic around on a desk. They’re mashing keys. That’s how it’s done.”

To what does he attribute his good fortune? “A combination of drive and luck: I was born at the right time. The internet was just starting to become mainstream, and I have a very technical mind. If I weren’t working on computers, I’d be doing something just as technical like working on engines, or building things, or maybe blacksmithing if I lived in another time.”

He also gives much credit to his parents: “They gave me so much freedom to explore and to do my thing. They saw the potential of what was happening with me. I was unaware, even in college. I was just doing what I liked to do. I wasn’t even thinking about a career until after I got out of college, which was probably why I nearly starved for the first year after graduation.” But it didn’t take Adam long to find his path to developer bliss.