RubyWorld Conf 2010 was held in Matsue, the capital city of Shimane, Japan on Sept 6th and 7th. Matsue is a beautiful, small town that is only a 1 hour flight north-west of Tokyo. This was the second RubyWorld Conf and it was held in Matz’s hometown both years. The theme for this year was the Ruby Ecosystem.

RubyWorld Conf is one of the two annual Ruby conferences in Japan, the other one being RubyKaigi. RubyKaigi is a four-day developer’s conference, so the sessions are more technical and the attendees are mostly developers. RubyWorld Conf has a mix of both business and technical sessions, attracting around 1000 business people and developers from all around Japan. 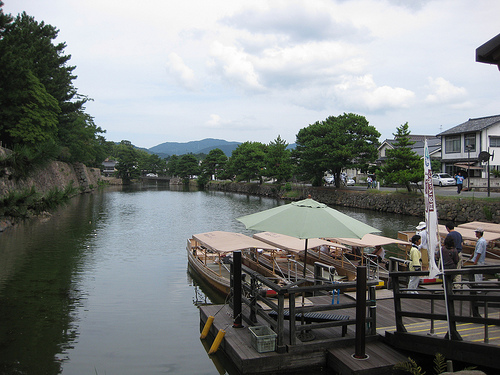 Matsue is an agricultural city. At one time the city saw a growing construction sector, but that has since dried up due to the recent global economic slowdown. The city, like the country Japan, is trying to find ways to expand its economy. With support from the local government and universities, the city, with Matz’s blessing, is positioning itself as the hub for Ruby and OSS. Many local government officials, computer science and economy students and professors attended the conference. The local government is making things easier to attract IT companies; local students with Ruby education and experience provide good technical resources; and professors are studying how to benefit from Open Source software.

The city is advertising itself as a great place for IT companies and aspiring to be the Bangalore of Japan. In addition to boasting favorable local resources and policies, the city is promoting its infrastructure as an advantage for IT companies, citing their ample supply of electricity (less than one hour of power outage in a year, which is much lower than that of the US which averages 70 hours, and significantly lower than that of China which averages 800 hours), and citing Japan’s public transportation system which is the most punctuate in the world. The city is also touting itself as a great place to live with very friendly policies for women raising their children. Matz decided work and live here to bring up his four kids in the growing and beautiful city of Matsue. 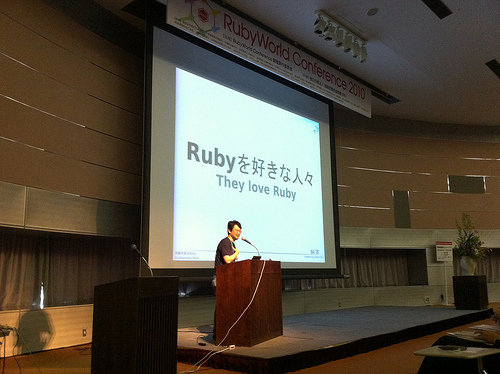 Despite all those favorable conditions, there are some challenges for the city of Matsue and the Rubyists in Japan. Most of the Ruby and Rails books and resources are only in English, and they need to be translated into Japanese to help students to learn Ruby and Rails. Also, there are some hostile attitudes towards Rails which people claim is invading Japan, and some experienced Rubyists won’t use Rails. The advice from the Ruby core team is to accept Rails rather than fight it. One of the reasons is that Rails can bring in money where Ruby hasn’t been able to. 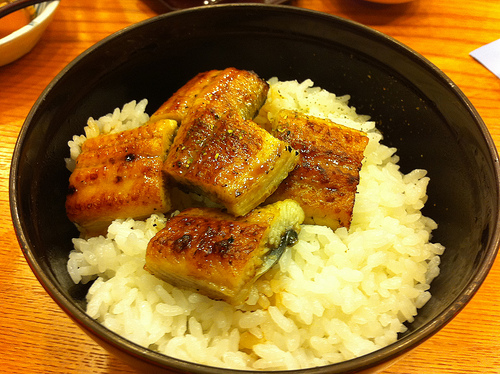 The conference was very well organized in a world-class venue, and each talk was simultaneously translated into English and Japanese in real time by experienced translators, so there was no problem understanding the native Japanese presenters. The conference was fun, educational, and good for networking. And I was able to experience the polite and friendly Japanese people and their culture, in addition to enjoying delicious food! Highly recommended. You can see additional photos here.