He first learned to program on the side of an extinct volcano, trained in the Suzuki method from a young age, and describes Ruby as “mana from heaven.” This week, in the Intridea Insider, meet Sean Soper, Software Architect at Intridea.

Sean started programming during the time he spent living on the side of an extinct volcano in Naples, Italy when he was twelve years old. “My Dad was a civilian contractor for the Navy. We didn’t live on base, but on the side of this old volcano. There were no other kids around.” When his parents bought an old Packard Bell PB500, “with a 8088 processor”, he spent a lot of time with the computer for lack of other entertainment. “The installed apps bored me pretty quickly so I started writing my own. I probably read the entirety of GORILLA.BAS at least five times, which was significant given that it was about 5000 lines of code.”

Aside from playing violin which was Sean’s other passion as a kid, he spent a substantial amount of time on the computer. He programmed in Basic, Pascal, and of course his TI-85, before later studying Computer Science, History and Anthropology at Purdue University.

He discovered Ruby and Ruby on Rails a few years later while working in an IT position at a health insurance company in Florida in 2005. “I was told that I needed to re-do their health portal which had been done using J2EE by three previous employees. But I was just one guy, so I started looking at what technology was available, and I stumbled upon Ruby on Rails.” After getting approval from management, in just a few months time he had recreated a significant portion of their health portal, and was nearly finished when the company hired new management. 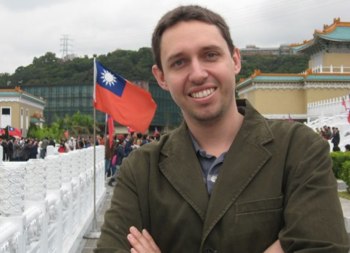 Sean had been patiently persevering through IT positions since graduating from Purdue in 2002. His heart was in programming, but the dot com bust made the software industry impenetrable to him. Discovering Ruby on Rails only made him more tenacious in his desire to do full-time software development. “I was blown away by Ruby and Ruby on Rails. It was pure mana from heaven. I knew then and there that I wanted to do pure software development; like the goldfish that had grown too large for his bowl, I knew that IT would never be enough for me.” During this time of frenzied growth as a burgeoning Ruby on Rails developer, he did his best to document his learning process on his blog.

Sean’s experience with RoR opportunely landed him a spot at Revolution Health, Steve Case’s healthcare reform startup in Washington, D.C. “After the company in Florida changed up their management, they wanted me to go back to configuring installations and working strictly in IT.” When he got a call from a recruiter at Revolution Health, he didn’t have to give it much thought before jumping on board with the company that was “vacuuming up every Ruby dev on the East coast.” He describes working at Revolution:

“I finally felt that I’d arrived where I was meant to be. I was doing pure software development in a company made up of mostly other developers. It was the startup we were all promised we would work at back in the early 2000’s in college.”

His passion for development was nurtured in this fast-paced startup environment. “My experience there only inspired me to learn more. I started attending NovaRUG and NovaLang. I was introduced to core concepts that for some reason, were not taught in college. When I was in college they had already switched out to object oriented programming, and functional programming was seen as a weird science project. But Ruby by its very nature is both object oriented and functional. I entered this entire universe of programming that I didn’t know about before, and I have Ruby to thank for that. It completely changed the way I code.”

The Ruby community (within Revolution, NovaRUG, NovaLang and online communities) was a fertile ecosystem that nurtured growing Rubyists. Sean says that he’s never found a community like this around other languages that he has programmed in. “When I needed help in other languages I’d stumble upon some expert’s exchange post or a forum where people begged for help and maybe, just maybe got an answer. But with Ruby, folks built on those answers. It felt like a real community rather than a mob.” 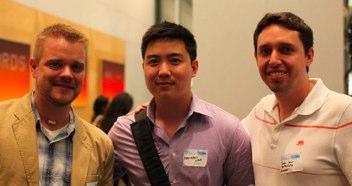 It was difficult for Sean to leave Revolution in late 2008. But with rumors of the company downsizing he turned his attention to BrowserMedia, a gig that gave him the opportunity to learn Objective-C and do iPhone development.

When he transitioned to Intridea the following year, his first project was HowAboutWe.com; “That project was a blast, especially working with Flip Sasser. I thought, ‘if everyone is half as cool as this guy, this has got to be the best company ever.'” Sean has moved since into full-time mobile development at Intridea and he loves it. Earlier this year he worked on Oil Reporter, a crisis response app built in just three days, for the Deep Horizon oil spill disaster. His work on Oil Reporter landed him a spot on stage at TEDxOilSpill in DC this summer, where he presented the application to an audience of brilliant engineers, scientists, environmentalists and NGOs. Sean, not normally big on public speaking, was nervous to go on stage at TEDx. And despite some technical difficulties with the wifi during his presentation, his work was well received by the audience – and the confirmation gave him the courage to do a lightning talk at the Ruby Hoedown later that summer.

Sean enjoys going to the big conferences, but he still relies heavily on the Ruby community in the greater DC area. “I look to the small conferences and user groups to see what’s coming down the pipe, because honestly, before these guys go to the big conferences they try out their stuff at the small local places. And the DC area is a great place for innovation right now.” Now that he works from home most of the time he also depends on sources like RubyFlow and Twitter to stay afloat of Ruby related news. “My twitter feed is full of great local Rubyists who are always tweeting about the latest and greatest stuff. And over the years I’ve ended up working with most of them too.”

Sean was recently married to his wife Sabrina in April of this year. He met her when they both worked at Revolution Health and they bought their first house last November in an established neighborhood in Maryland. They share their home with their cat, Ice. Sabrina works for Comcast along with several former colleagues from Revolution. Their wedding was in Maryland, but the ceremony was inspired by his wife’s Taiwanese heritage. He flew to Taiwan last year, along with her family, to get his changshan (??), a traditional Chinese garment, for their wedding.

Sean travels in to the Intridea office 2-3 times a week because he enjoys being in D.C. but says that, “overall, I like working at home. Without the 45 minute commute I feel like I can get 90 minutes more work done!” Sean explains that working from home for a company like Intridea is what you make of it; for him, his work is also his reputation, so if he wakes up on Saturday morning with a solution to a problem he was working on the week before, he won’t hesitate to sit down at 7am and start coding out the solution. “In a traditional work setting I would normally say, ‘eh, it can wait until Monday.'” But Intridea’s developers approach their work with a striking amount of passion, and the lines between work, home, and fun are often blurred.

While Sean certainly works a great deal, he insists that he does have hobbies outside of programming. “My non-computer hobby is canning and preserving. So much of what we eat is all the result of humans trying to preserve food longer than it was meant to be stored.” This year he turned the tomato yield from his wife’s garden into sun dried tomatoes, and canned a large batch of dill pickles. He also spends a lot of time working on his house with Sabrina. “The house, at 40 years old, is in good shape, but the previous owners stopped updating it during the Ford administration. Think earthy taupe colors. And horribad wallpaper.” His current project is installing hardwood floors and recessed lighting in his home office. He’s also a political junkie, and spends time on sites like Memeorandum for his fix.

Sean grew up idyllic Carlsbad, California. “Crime was nearly unheard of, the beach was nearby. For many people it was paradise. Yet at times I felt like that small town kid that needed to get out and explore a big city.” Now, Sean lives and works in and around D.C., arguably one of the coolest cities in the United States. As for Ruby’s role in all of this, he says, “I’d still be writing Java XML configuration files in some backwater IT department if it weren’t for Ruby.” 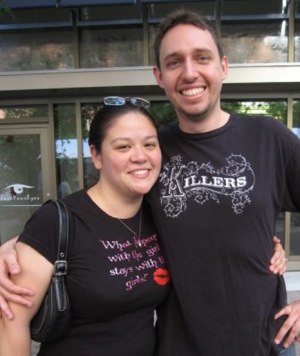 The best thing about working at Intridea for Sean, aside from programming, and being able to work from home is the people. “I love the vast collection of talent that I can ping at any moment if need be. I never feel separated from the rest of the company despite that we rarely see each other face to face.”

Since Intridea hires some of the best Ruby, Rails and mobile devs across the country, Intrideans all partake in the benefits of being able to work with other talented people no matter where we live. People just like Sean. In a way, Ruby really has been “mana from heaven” for many of us. It has united our individual talents into a collective tapestry, while allowing us to work, live and play from the unique places that we all call home.