This past weekend I participated in Random Hacks of Kindness (RHoK) hosted by the OpenGov Hub in DC. I attended my first RHoK event in June of 2010 after reading about it on slashdot, and I ended up working on a winning project. I've been a regular at the event ever since. I was extra excited this time around because RHoK was being held alongside the first ever Sanitation Hackathon, an event that tries to find technological solutions to some of the very serious sanitation problems around the world.

The event kicked off with presentations from subject matter experts on situations that called out for aid. Problems ranged from the illegal dumping of septic waste, to finding a way to better connect domestic violence victims who are working to re-build their lives with socially conscious employers, in order to ease their re-entry into the work force.

The problem that piqued my interest was submitted by the Peace Corps where tro-tro passengers had to wait in the vehicle until it was at capacity because there was no line of communication between the driver and passenger notifying them when it was departing. Not only was the problem well defined and solvable in one weekend, but the solution could also be general enough to be applicable to any situation where someone has to send notifications to a group without the painful process of gathering emails or phone numbers from everyone and sending a group message. 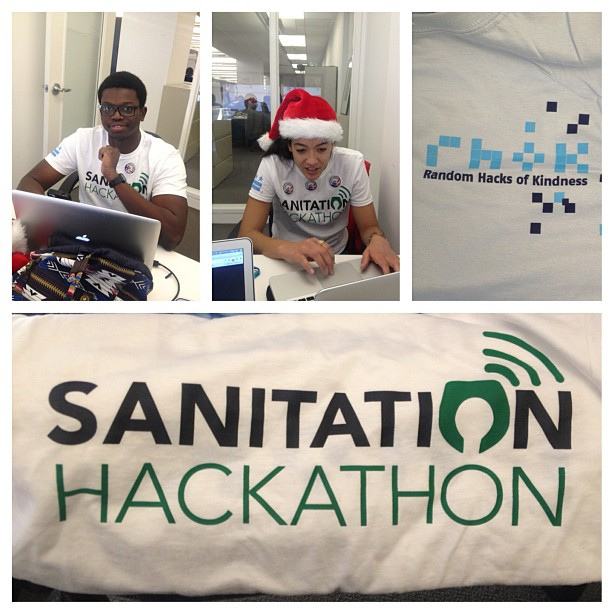 I worked with Chelsea Towns, a RHoK veteran who works for the Peace Corps and Thad Kerosky, a developer who used to be a Peace Corps volunteer in Tanzania and Liberia. The solution we provided was an SMS based notification system that allows anyone to create an event, a trip in case of the tro-tro driver or conductor, which anyone can subscribe to receive notifications for. The technology we used was Ruby on Rails deployed to Heroku, using Twilio API for the SMS part. We named the project Tro-Tron. 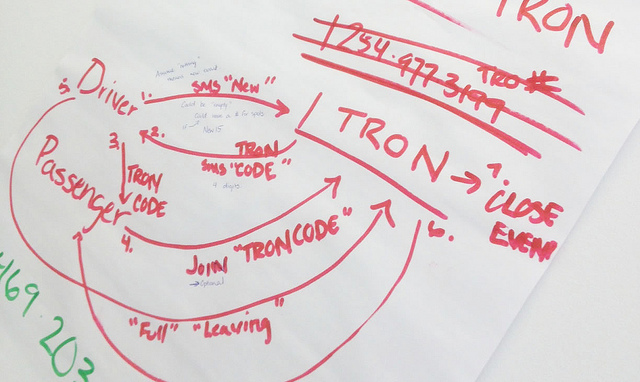 Usually at other hackathons, things are a little more competitive and folks are focused on getting their projects done by the deadline. At RHoK the amount and quality of collaboration is awesome; you will always find people moving from team to team trying to help out as much as they can, and it is not unusual to have a lot of people contributing to more than one project. My favorite part of the weekend was meeting so many new people, I met three different Peace Corps volunteers who were in The Gambia, one of them back when I was still a baby. I also got to meet Javier for the first time, another Intridean who brought a lot of energy and helped test the application.

RHoK wrapped up on Sunday with some impressive presentations and demos. You can fork the project on github and view photos we took at the event on flickr.

History of RHok: in 2009, some good folks from Microsoft, Google, Yahoo NASA, and the World Bank started the Random Hacks of Kindness (RHoK) hackathon, an event that aims to connect subject matter experts in disaster management and crisis response with volunteer software developers and designers in order to create solutions that have an impact in the field. Since then, RHoK has grown into a community of over 5000 in over 30 countries around the world.