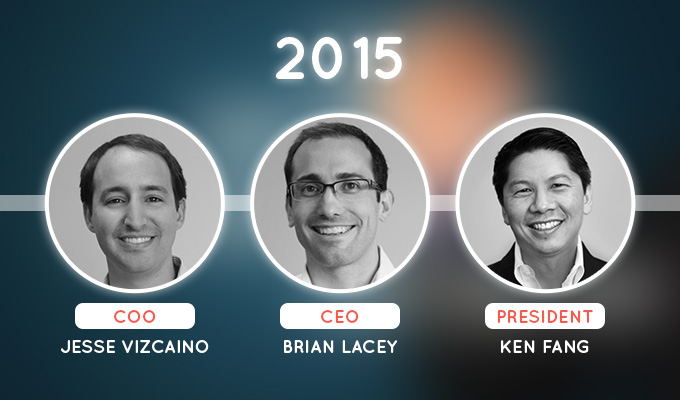 We are excited to announce expansion and growth of Mobomo’s executive team:

Ken Fang, formerly CEO, will now serve as President of the company. Since joining in 2010, Ken has led Mobomo from a small startup to a company with over $5M in annual revenue, a more than tripled staff, consecutively high rankings by Inc. 5000, over 120 product launches, and an increasingly glowing client roster. In Ken’s new role, he will be focused on high-level company strategy, corporate partnerships, and sales.

Brian Lacey will be assuming Ken’s responsibilities as CEO. Brian joined Mobomo in 2011 as a Project Manager, and because of his passion for UX design, was quickly promoted to Creative Director. Within a short period of time, Brian was soon appointed COO, and under his tenure, Mobomo successfully built out well-defined design, development, and quality assurance capabilities. He also spearheaded the founding of the Buenos Aires office and helped acquire Exceptual Technologies, among other operational expansions.

Jesse Vizcaino will be assuming Brian’s responsibilities as COO. In 2012, Jesse launched his Mobomo career as a Project Manager and quickly rose to Director. In his various roles, he has been instrumental in guiding Mobomo’s strategic direction, streamlining operations, and signing flagship customers such as the District of Columbia Retirement Board and the National Library of Medicine.

Please join us in congratulating Ken, Brian, and Jesse: we’re excited to see the great things they’ll accomplish in their new roles, and wish them all the best.