In April 2015, NASA unveiled a brand new look and user experience for NASA.gov. This release revealed a site modernized to 1) work across all devices and screen sizes (responsive web design), 2) eliminate visual clutter, and 3) highlight the continuous flow of news updates, images, and videos.

With its latest site version, NASA—already an established leader in the digital space—has reached even higher heights by being one of the first federal sites to use a “headless” Drupal approach. Though this model was used when the site was initially migrated to Drupal in 2013, this most recent deployment rounded out the endeavor by using the Services module to provide a REST interface, and ember.js for the client-side, front-end framework.

Implementing a “headless” Drupal approach prepares NASA for the future of content management systems (CMS) by:

In another stride toward maximizing “Headless” Drupal’s massive potential, we configured the site so that JSON feed records are published to an Amazon S3 bucket as an origin for a content delivery network (CDN), ultimately allowing for a high-security, high-performance, and highly available site.

Below is an example of how the technology stack which we implemented works:

Using ember.js, the NASA.gov home page requests a list of nodes of the latest content to display. Drupal provides this list as a JSON feed of nodes: 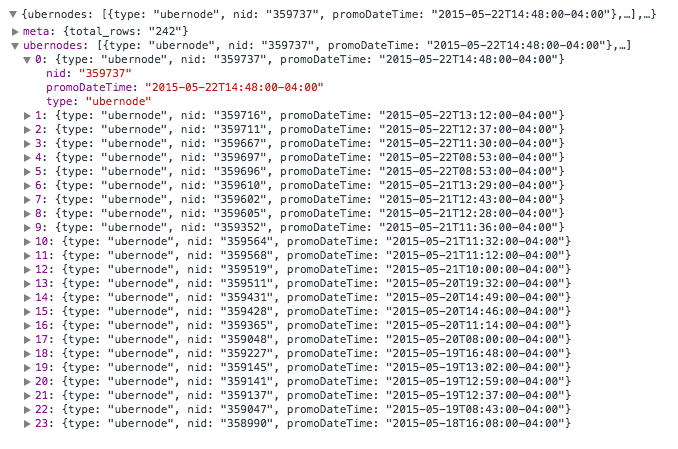 Ember then retrieves specific content for each node. Again, Drupal provides this content as a JSON response stored on Amazon S3: 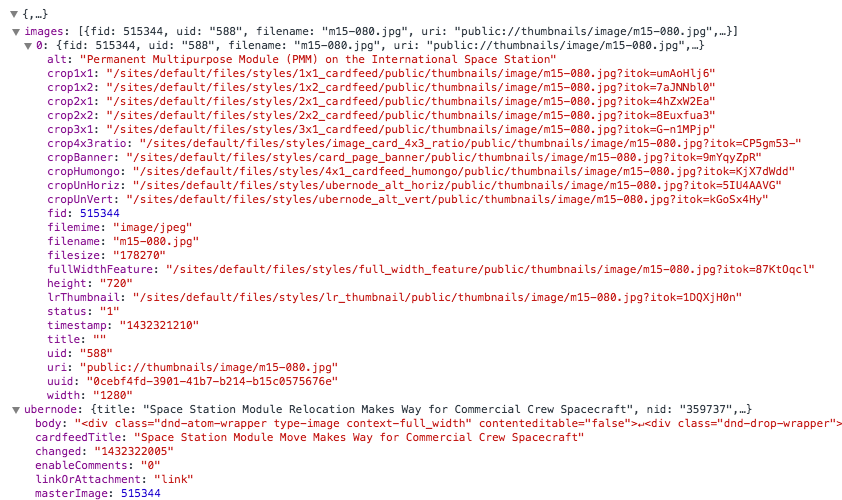 Finally, Ember distributes these results into the individual items for the home page:

The result? A NASA.gov architected for the future. It is worth noting that upgrading to Drupal 8 can be done without reconfiguring the ember front-end. Further, migrating to another front-end framework (such as Angular or Backbone) does not require modification of the Drupal CMS.