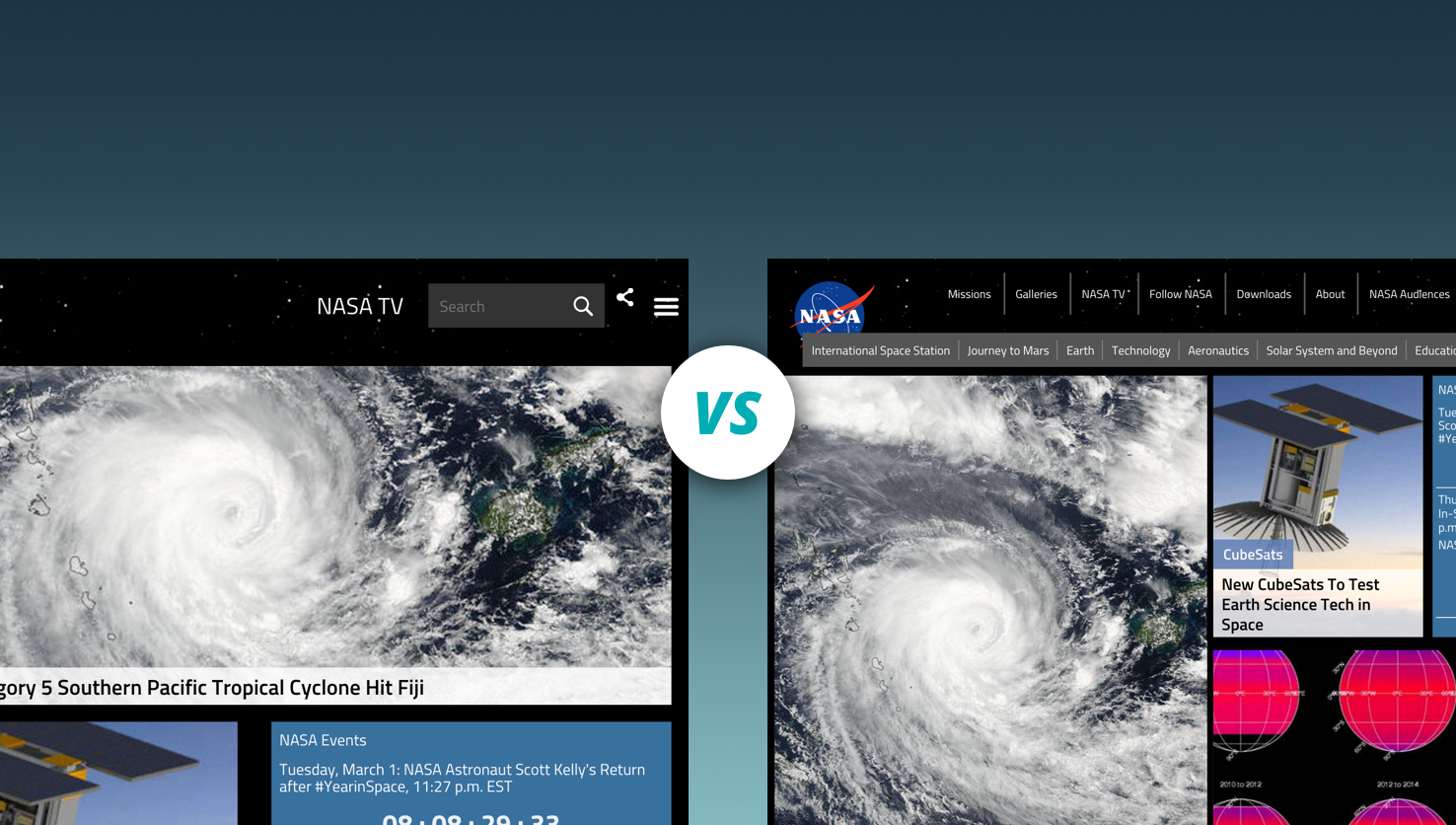 I know what you’re thinking from the title, ”Ugh, another hamburger menu debate”, but you’d be wrong…mostly. While this post will include everyone’s favorite icon to hate, this is more of an open discussion. About what the most appropriate navigation style is when viewing your content on a tablet. Also for the sake of argument in this post let’s assume tablet = a regular iPad.

I was talking with a friend of mine the other day and he asked me this very question. He was working on some tablet wireframes and asked “What are your thoughts on tablet navigation? Should it stick with typical desktop or jump right into mobile”? Now the “right” answer of course is let your navigation/content dictate the best way for it to be displayed, but maybe that’s too simple. My first reaction was just this, if you’re viewing a site or app in a landscape orientation on your tablet then the navigation pattern should probably remain in tact in its desktop style. The tablet display has the available space to represent the full navigation in a horizontal position, and Luke Wroblewski (http://www.lukew.com/ff/entry.asp?1945) has shown us that if we want engagement then we need to display our nav.

This is where things got a little interesting though, I told him that if someone made the switch from holding the tablet horizontally(landscape), to vertically(portrait) then it might make more sense at that point to switch over to a mobile navigation pattern. Chances are that when you flip your tablet vertically the viewable area is going to be too small to properly display the navigation you spent hours crafting. My friend was very adamant that the navigation pattern should remain constant on the device you’re viewing it on. He was also concerned that a typical desktop nav wouldn’t work as well as it should on a tablet. He brings up a very valid concern about consistency, should the navigation, regardless of the orientation of a device be consistent even if that means sacrificing a little usability?

So I’ll pose the question to you the reader, what is the right answer, is there a right approach? Or is this problem like every other, and should be considered on a case by case basis?