Five Reasons The Government Is Migrating To Drupal 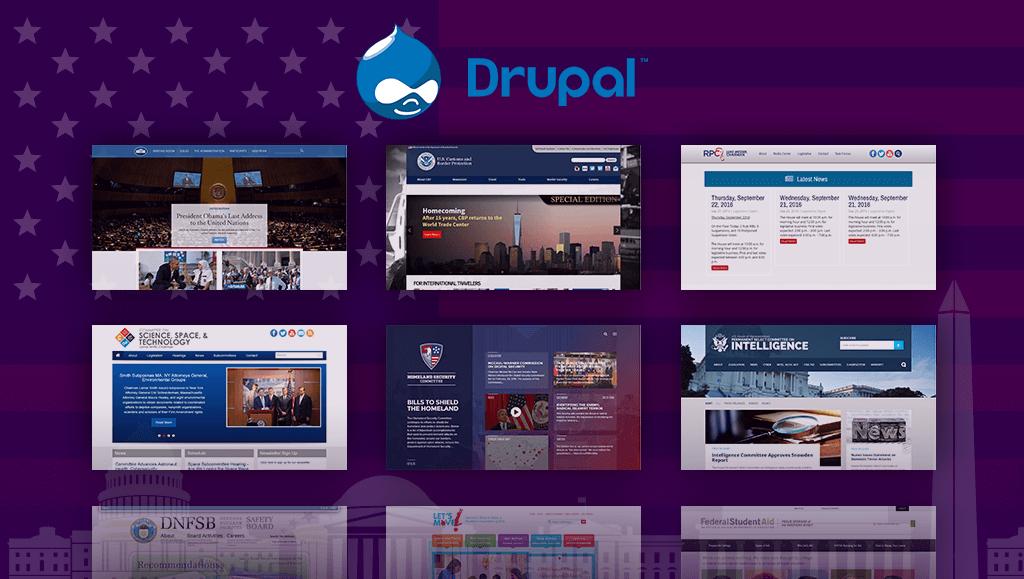 Over the last ten years, the government has been gradually migrating to Drupal as their primary content management system, but for what reason? Well there are a few but lets talk through what Drupal is as well as the systems that were used prior.

Drupal is a free, open source software that can be used by individuals or groups of users, even those who may lack technical skills are still able to use– it is easy to create and easier to manage. The application includes a content management system as well as a development framework. It’s flexibility and scalability has made Drupal an industry go to- not to mention, its one of the most secure platforms that exist.

Before Drupal, government websites were all over the map in terms of the technologies and proprietary software that they used. Although there isn’t an official log of government website platforms over time, it is well known that there was never one single content management systems (CMSs) to rule them all.

A quick rundown of some of the past CMSs used by the government include the following:

In 2009, WhiteHouse.gov launched it’s new website powered by Drupal CMS scoring a huge win for the open source community and open source advocacy groups. Of course Drupal was well known before the White House made the switch from what may have been Expression Engine. But with such a high profile website being powered by a community driven, open source platform, other government agencies starting paying attention.

With each passing year, the list of Drupal government sites grows longer and longer. Not only is the federal government using Drupal, but local and state governments have also turned to this powerful open source software to fulfill their needs.

So what makes Drupal attractive for government agencies? Why is an open source platform, such as Drupal, a good option for high level, high security websites? Here are a few reasons why the government has been making their shift from other content management systems to Drupal.

Proprietary software will definitely become a drain of project dollars faster than you think. When you factor in the updates to the core software, support charges, security patches, modules or plugin updates, Drupal looks very attractive. It’s free and can be maintained for a fraction of the price of comparable proprietary software. For a government entity, this is likely the single most appealing factor.

The open source community for Drupal is second to none. With so many Drupal developers around the world tackling a wide variety of tasks, it’s very easy to find a post in the Drupal.org forum that may point you in the right direction. And if you can’t find the solution, the community is fantastic at helping others find a solution. The more developers that address a problem, the stronger and more well developed the software becomes.

You own the code

Proprietary software is mostly closed and the code is simply not open for all to see. This makes the ability to audit the code virtually impossible. At this point, you’d have no choice but to trust the software provider’s word on their products solid security. Drupal’s code is open and can be viewed and audited. It’s yours. You own it.

Drupal can handle all kinds of projects ranging from large scale, resource intensive projects such as a documents database to intranets or individual personal websites. It can be exactly what you want it to be. Out of the box, you have the capability to create content types and add fields of your choosing. And with the ability to extend modules and themes, the possibilities are endless. Proprietary software is not expandable or flexible without cost.

Drupal’s software is peer reviewed and community driven. Modules are documented and reviewed prior to them being listed on Drupal.org’s module list. Open source software such as Linux and Apache have proven themselves to be hardened and reliable in demanding situations.

We have migrated a few government websites to Drupal, check out the work we have done for NASA and USGS.