Custom Fonts or Times New Roman: What Is The difference? 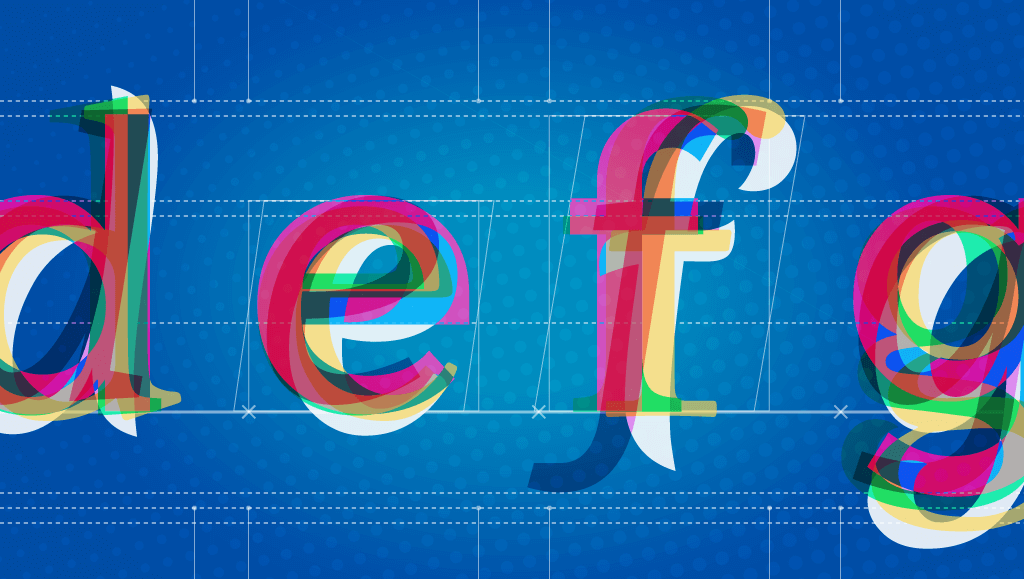 Spoiler alert, this blog post will favor the use of custom picked typefaces, as opposed to resorting to default fonts. In fact, webfont services are widely adopted and it doesn’t appear to be a trend or something that will go away anytime soon. With that said, we have to face the fact that the vast majority of users probably will not notice any difference if a site they visit fails to load its carefully-chosen, brand-values-conveyor text font and just displays Times instead. Or, let me rephrase: they won’t consciously notice. There are reasons to support this, and I will advocate for the custom web fonts.

Typefaces are basically drawings. A group of drawings (a system of shapes) representing structures that make the pieces of a code we all share. This code is the graphic form of our language. Language is engraved in our heads that when we are in front of these shapes, we cannot help to automatically decode letters, words and paragraphs.

If we can understand the language it is typed in, there’s no way we can override the “meaning” detector. We don’t see drawings, we see words. And even if we do not know the language it will still use the Latin alphabet as the base so we will recognize the glyphs. Moreover, with other scripts we will still get the sense that “those are letters.. this is probably text”.

But this experience of getting further away from the language you know does help to prove the point: if you look at cyrillic script (e.g. Russian), you will recognize some glyphs as the letters you know, but others start to look weird, they might as well be icons (is that a chair maybe?). Let alone logographic scripts, like Kanji.

So all of the above can hint at the fact that even if language and meaning come first (and that’s even a policy we can adopt for text display when developing), the perceived shapes, their style, page layout and block layouts all leave an impression on the page and in our minds. This is more obvious in the case of pictures or illustrations, as they are not hard-linked to language like the alphabet; Fonts are more ornate or illustrated type (usually for display sizes). When we look at those, the effect of the style becomes more apparent: it could be antique, retro, industrial, geometric,modern, hand-made vs. machine or digital.

In the case of text typefaces, there’s a sense of heritage that comes from their design. There’s a standard classification of type that groups the different styles by their characteristics, and often these groups represent a time in which their first specimens were created. This means you have the legacy of 15th thru 20th centuries, with all of the different stages within them.

This classification also reveals the differences that arise from the technological medium by which they were designed, and the closest or farthest they are to some original calligraphic form.

Now that we’ve come this far, I hope you won’t take the decisions that go behind a copy layout and its effects on your site or app so lightly! Remember that despite all webfonts being produced digitally, they are still mimicking the way they were produced back in the day, and they follow the tradition of typographers. New type designs with any number of features are coming out of the digital type foundries as you read this. But when it comes to text fonts they will all fall into some of the categories of the classification.

Bear in mind that text layout, in terms of leading (vertical space between lines of text), tracking (space between letters), and overall the type size and extension chosen will also affect the impression the block gives in addition to the type design itself.

So, let’s not miss the opportunity – utilize this huge toolset and let’s add a layer of meaning behind the literality.