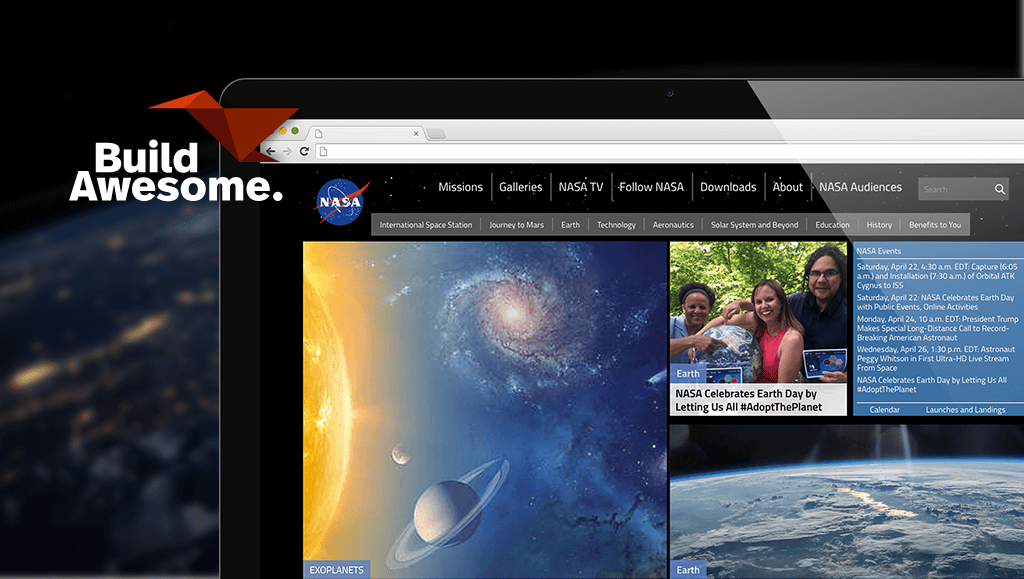 NASA.gov, led by Brian Dunbar, NASA’s Internet Services Manager, continues to incorporate cutting-edge technology solutions to communicate the excitement of exploration to the global online public. NASA’s commitment to innovation has been the foundation for NASA.gov’s continued success and solidifies its position as one of the most visited website in the federal government.

NASA’s Office of Communications has managed NASA.gov, the agency’s primary home on the web since 1994, setting a high standard for government online communications. The site won Webby Awards in 2003, 2012 and 2014, and visitors to NASA.gov have voted it the winner of the People’s Voice award eight times since 2002.

The site receives an average of more than 300,000 visits a day, and surges with major announcements, such as the discovery of the first known system of seven Earth-size planets around a single star, which brought in 6.7 million visits in a week.

Mobomo has been thrilled to be part of an award winning team at NASA – we are excited to see what’s in store for the future.