The History of the Web: The Evolving Role of the Designer 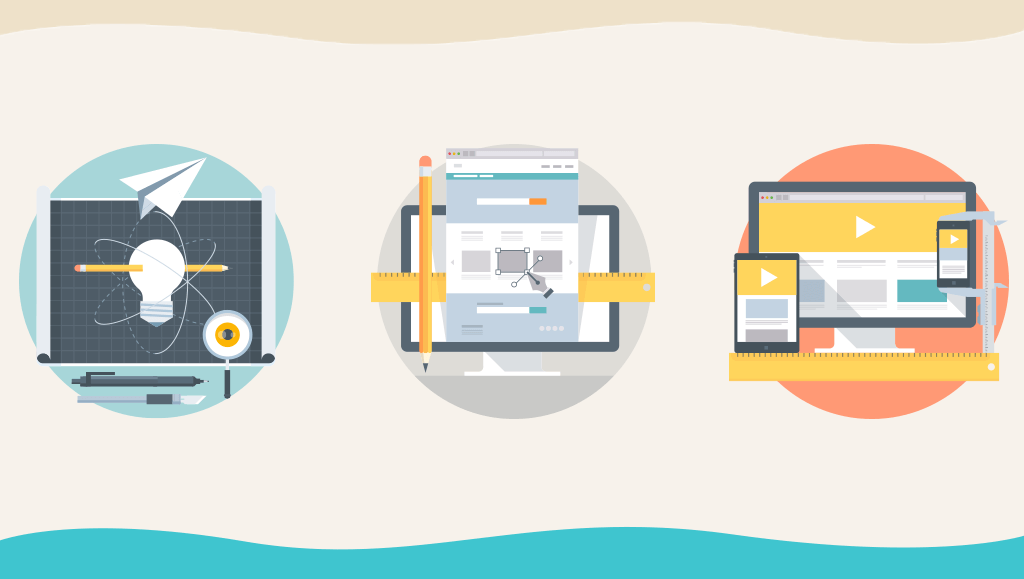 Did you know the first website was created only 27 years ago? We tend to forget how young the internet actually is – it has made tremendous advancements since the first website was launched. We are now living in an age where websites have to be responsive, dynamic, and user-centric, all these things we will continue to see enhancements as the years go on.

Let’s walk through the history of the website designer and the evolution of the role, shedding some insight into what led to the death of the web designer and how specialist dominated the industry.

The first website went live on August 6, 1991 – while very few had access to the internet it opened a new world of possibilities. In the mid-90’s, only 30-70 million had access compared to today’s 3.1 billion.

At the time, web design did not even exist because a website consisted of just text and links. Webmasters (aka the developers of those days) dominated this new world wide web since graphics were limited. A web designer was not a common position that you would see on someone’s staff and “digital design” was more often associated with software. Moveover, design tools like Adobe Photoshop 2.0 were on the rise to popularity and Macromedia Flash didn’t appear until 1996. It wasn’t until 1998 when the design industry began to see its golden era.

The internet became more accessible to the public in the late 90’s as 100 million new users started using the internet each year. Everyone wanted to carve out their own space on this strange new medium known as the ‘web’. Site builders like Geocities, Tripod, Angel fire were some of the first in the market to create basic website templates, anyone who wanted to create a website could – no designer or developer needed. During this timeframe, the amount of websites grew 438%, as websites were created and launched – more and more users flooded to the internet, supporting the correlation of website growth meant more internet users.

From kids to adults, everyone at the time seemed to be a webmaster and a designer. The web started to become a visual medium as images, music, animations started to scatter the internet. Macromedia Flash grew in popularity giving designers the freedom to be truly original on the web. No longer were the days that website designers were limited to table base layouts, more creative freedom was finally insight.

It was common to see agencies such as 2Advanced who solely focused on web design- they were able to gain an early footprint in this unknown market. At this point, graphic designers were listing web design as one of their many abilities. However, the largest limitation during this era was the fact that dynamic content did not yet exist. It wasn’t until the creation of PHP and MySql to mark a new era of the Web 2.0 and how we would start building and designing a website.

The turning point of modern web design was the introduction of server-side scripting and database management. This gave the perfect entryway to content management systems like WordPress, Joomla, Drupal, and Brogger. It was apparent at the time the industry needed talent who understood the ‘new’ web, this was a defining point because web design started to become a stand alone profession.

Through the mid 2000’s the web as a whole was moving to an organized standardization. As this standardization was becoming known, designers had a new role which was to create template based layouts for dynamic content. By implementing this new role, this shifted the design process from building unique static pages to creating uniformed dynamic templates with CSS. Adobe Photoshop finally became the dominate design tool after Adobe purchased Macromedia. Google Analytics made its introduction in 2005 to better monitor site traffic and behavior.

Even though designers had new responsibilities within their roles – web design best practices didn’t really exist even though the web was becoming more advanced. The web was full of images of fonts, shadows, and large textures. CSS did not exist – there were no shadows, web fonts, and gradients until 2010. Flash still made up 25% of all sites on the web until its fall in 2013.

No one really knew what the future of the web would be especially as mobile and tablets were advancing, it was clear that designing and building for the web would be difficult because of the different screen sizes that would start to evolve in the coming years.

On January 9, 2007, Steve Jobs announced the launch of the iPhone which would turn the world upside down. From that point on, web design was no longer seen as a single device solution. At the time, the web was built for users to access via desktop which was a problem because the iPhone had launched — this was the point where everyone needed to rethink how to design and develop for not just desktop but for mobile as well.

Designers had to start thinking outside of their monitors. Fluid grid systems such as 960.gs provided an organizational structure that didn’t really exist in designs in the past. Other solutions aside from the fluid grid systems were created to build a dedicated mobile site separate from the desktop. It wasn’t until 2008 when the concept of responsive design started to surface. Even though this term was starting to become a “buzz” word, it didn’t become a dominant solution until 2010 because of CSS3 advancements with breakpoints, webfonts, and mobile browsers. Moreover, with the introduction of the iPad there was proof that there was need for an adaptive solution.

All of these advances helped to pave the way for the beginning of UI frameworks, like Bootstrap, in 2011. A new design strategy of focusing on mobile first emerged, prioritizing mobile context when creating user experiences and then working up to desktop layouts. A new Adobe competitor was released in 2010 called Sketch; that’s when a lot of UX startup services began to appear. The terms ‘user experience’ and ‘user interfaces’ were soon re-introduced into our vocabulary in 2009.

As a result of these new programs and terms coming back to light, this is when the designer who had specialization started to become relevant replacing the general profession of web design.

In 2011, everyone seemed to have a website but just having a website was no longer good enough. The focus began to shift from “mobile first” to prioritizing the user first in the overall design strategy. By prioritizing the user, this opened up more responsibilities in the role of web design – it was now the ‘user experience designer.’

The ‘user experience designer’ was certainly a known position in software design but it has slowly become an essential part of web design. As a result of user experience designers being thrown in the mix, new processes of wireframing, user personas, user research, information architecture, and prototyping were added when building a site. All this placed more focus on strategy than aesthetics, which created a need for new talent/role. Better design tools emerged like Invision, Optional Workshop, and UserTesting.com, providing designers with the right tools to test and create a better more usable web.

In 2012, a designer named Brad Frost helped rethink the design process by introducing the concept of Atomic Design. No longer is design seen as templates locked into a PSD, but rather it’s made up of similar elements that build modules compared to just simple pages. User interface designers no longer have to color in wireframes but are able to build pattern libraries of elements that make up the wireframes. Matched with the popularity of agile methodology, websites were no longer seen as a static solution which makes the web not only user friendly, but even more standardized and efficient.

The Next Era of Web Designers

Web design will continue to specialize as time goes on especially as new technologies and thinking evolves – designers will need to be agile in order to adapt these challenges. Designers will not be lumped into one broad job title, as specializations are made known designers will be able to blend across many job roles that may have different specifications. A designer’s role is no longer building out photoshop templates, we are living in an era that needs constant continuation in order to stay up-to-date. These are the elements that help create a better, more friendly web.