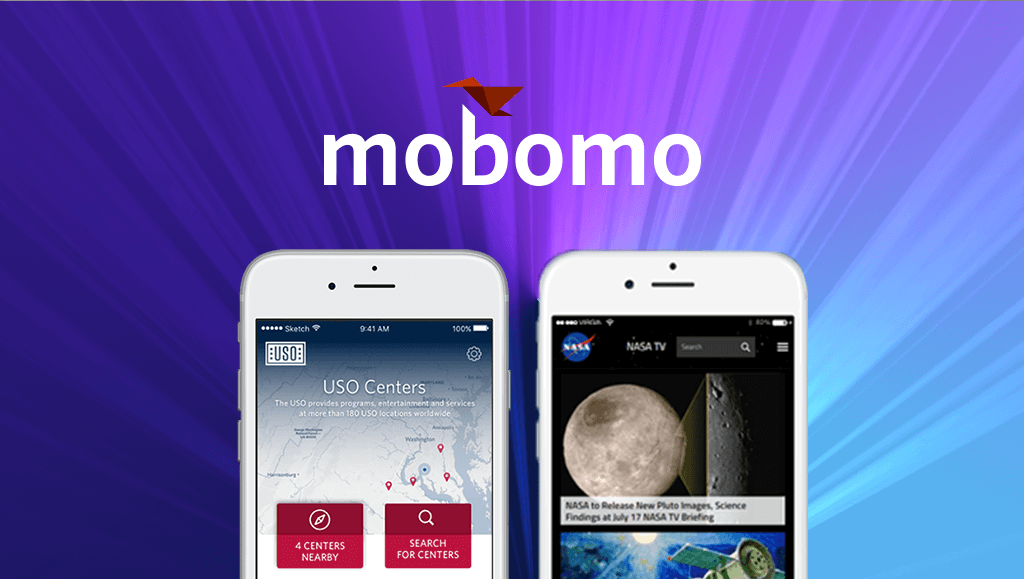 The 13th Annual W3 Awards were just announced and two Mobomo projects were selected by The Academy of Interactive and Visual Arts as Silver winners! We are honored that The USO was selected in the mobile app category and www.NASA.gov was selected as a government winner in the web category. These awards celebrate digital excellence by honoring outstanding Websites, Web Marketing, Video, Mobile Sites/Apps & Social content created by some of the best interactive agencies, designers, and creators worldwide. These awards are also the first major competition that is accessible to companies of all sizes, from Fortune 500 companies to small startups.

Mobomo was able to recognize the USO and the mobile application that we partnered with them to create. This application fosters greater discoverability of locations where USO provides services and programs offered by the USO through its distributed locations and online. Prior to the discovery phase, USO was seeking to design, develop, and deploy a cross-platform mobile application that introduced an additional channel for the United States military service members and their families to better engage with USO centers and programs. Currently, there are 200+ USO locations that all create their own content. We were able to pull the CMS data and integrate it into the app so that the service member receives the content from the service center that they are physically at or that is most adjacent to them.

In addition, Mobomo also entered www.NASA.gov under the government category. In 2013, our team migrated www.NASA.gov —a site with over 250,000+ pages, 1.4 million assets, and 3 TBs of data—from a proprietary data center and content management system (CMS) to Amazon Cloud and Drupal 7 without downtime or service interruption. This was a colossal task: Mobomo completed the entire effort in just 13 weeks. The results were so colossal, in fact, that www.NASA.gov has won a multiple, highly coveted Webby Awards. Mobomo has continued to work with NASA in order to create a dynamic, user-centric, mobile-first site that simplifies the experience for every visitor. We can’t wait to see what the future holds for www.NASA.gov!