Pradeep Elankumaran and I just came back from the very first LA Ruby Conference (Twitter), which was held in Tustin, CA. We didn’t know what Tustin had to offer or what to expect, since it was the first time either of us has visited Tustin. When we arrived at the venue, we were in awe of the few million dollars worth of automobiles surrounding the stage. The conference was held in the Marconi Automotive Museum, which is filled with Ferrari’s, Lamborghini’s, F1 cars — you name it. The event ended up being a huge success due to the great venue and the amazing set of talks, with a final count of 115 attendees. 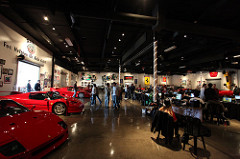 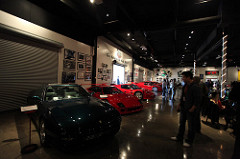 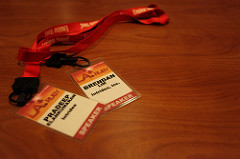 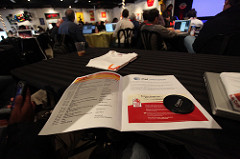 There were many great talks that ended up covering a wide variety of topics. One very unique talk was by Ron & Damen Evans with their unveiling of Flying Robot, a platform for Ruby Arduino Development. The Ruby powered blimp, flew around the museum, while being controlled by a Wii-mote. 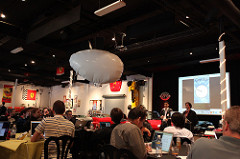 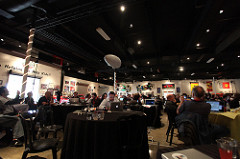 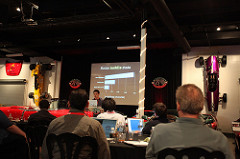 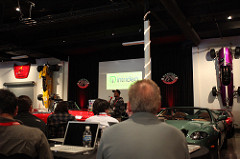 Pradeep gave his talk on Fast and Scalable Front/Back-end Services using Ruby, Rails and XMPP and I gave my talk on Mobilizing Your Rails Application. The kind fellas from Confreaks were there recording each talk as well, so be sure to look out for those when they become available.


From flying robots to creating cross-platform native mobile applications, it’s quite clear that there are some very exciting things going on in the world of Ruby development. Our thanks and congratulations goes out to Coby Renquist, JR Fent, all of the great speakers and everybody else who helped to put on such a great conference. We are both looking forward to going back to Tustin in 2010.