This week on the Intridea Insider, meet Brendan Lim, our Director of Mobile Development.

If you’re a member of the Ruby on Rails or Mobile Development communities, chances are you’ve heard of Brendan Lim. He started his career off with a bang after creating Yappd (a Twitter clone with pictures) in 2007 with Brent Collier. Soon after Yappd was acquired by his former employer, Kajeet, Brendan met with Dave Naffis, Senior Partner at Intridea, and began working with the Intridea team after his obligations to Kajeet had been fulfilled.

His last two years at Intridea have not been quiet. He started by helping out with client projects, but his talent for coming up with and creating applications was quickly noticed. Brendan always has fresh ideas and can quickly transform those ideas into working applications. His first endeavor in mobile development with Intridea was to create a mobile version of Present.ly, our microblogging application. Since then he has created several mobile applications, including three apps to help you find the best Curry (iCurry), Pho (iPho) and Sushi (SushiMe) food anywhere using your iPhone.

Brendan’s Car Finder app, which makes brilliant use of augmented reality, garnered attention from sources like Wired, boingboing, and Cult of Mac. Time recently mentioned Car Finder in their “10 Tech Trends for 2010” article. And most recently, Brendan created Grub.it, an application to help users find top-notch dishes at their local restaurants, with fellow Intridean, Pradeep Elankumaran.

I asked Brendan how he comes up with product ideas and how those ideas evolve into applications: “Almost every idea I’ve come up with has been a result of needing a solution to a problem that wasn’t already solved, or because I thought I could accomplish something better. For example, the idea for Grub.it surfaced because we wished we could find the best hidden meals in every town. And we came up with Yappd because we wished Twitter had better photo integration at the time.” He credits his girlfriend, Edel, with supporting his new app ideas and acting as the first beta tester for most of his applications. 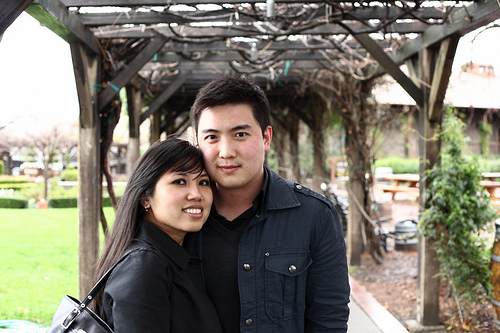 Brendan has been building quality applications at Intridea for the past couple of years, but he has always been gifted with ingenuity. As a young teenager he was heavy into gaming; after his brother introduced him to HTML and web design he created video game review sites like, N64Xtreme and VGamers.com. “I would contact the PR departments of video game publishers and ask to review upcoming titles. I remember for the Nintendo 64, I bought one game and ended up with 50.”

Most high school gamers have only dreamt of being able to review games in order to support their gaming hobby. But then Brendan took it about ten steps further when he met some of the people from Gamers.com and was offered a job managing video game pages for several platforms.

Along with his many computer-related hobbies, Brendan was also into video production as a teenager. As a freshman in college, Lexus paid him to make a video of their driving school. You can see some of his recent videos on Vimeo, including this one called Insomnia. He is also a talented photographer, which is a hobby that started with an interest in automotive photography and has now lead to landscape, city, creative, and portrait photography.

Although Brendan was a typical “geek”, only several of his close friends were privy to his computer-related hobbies. I asked him why his geekery wasn’t made public, and he explained, “I wrestled and played a little football in high school. I’d hang out with my friends for a bit but as soon as I came home I would just stay on my computer. It was where I was most comfortable”.

Brendan entered Auburn University in Alabama as a pre-med student, but quickly realized that it wasn’t for him. The school had just received funding from the owner of Verizon to start a software engineering program with a focus on wireless technology. The Wireless Software Engineering program was a perfect fit for him, considering his computer background and his love for collecting tiny, unlocked cell phones from overseas.

While Brendan was studying full-time at Auburn University he also had a lot of jobs. “I spent more time working and doing projects than I did studying. I liked teaching myself how to learn new languages by making things on the side.” He loved creating solutions to problems even back then: “I created a Rails app for school called Notefad that allowed my friend and I to share and edit notes during class. I’d be terrified to look at the code now, but it was fun and actually helped us out.”

But he didn’t just create apps to meet his needs as a student; in fact, he built several applications with his friend while he was in college: “We started Freebielance, which was similar to eLance. We also did CheckoutSource which we were developing as a payment gateway. That didn’t work out too well. We built it all out, applied for a merchant account, and then realized we couldn’t afford it!”

Now, as the Director of Mobile Development, Brendan gets the opportunity to come up with lots of product ideas and to work on apps for several different platforms. Although Brendan started using Rails while he worked at Kajeet with Brent, he now finds himself using a lot of Objective-C, which he claims to love; “I’m actually a big fan of Obj-C. Although, for our client work we’re using Appcelerator’s Titanium platform. It allows us to develop iPhone and Android apps (fully native) using their JavaScript API. It definitely helps save time by letting us get apps out quicker for multiple platforms using a single code base.”

Brendan has an intensity and energy about him that you can see in his work. He gets fired up about an idea and he executes on it flawlessly and without fuss. And when he’s not coding like a ninja, or shooting video, or taking pictures, or relaxing in his new condo, then he’s probably out giving presentations. “In the past month I did a talk at RubyConf India about MacRuby. I also did a talk at the MobileX Conference in Nashville on Building Native Apps with Titanium and gave the closing keynote. I’ll be going to the MobileX Conference in Lexington this week and will be doing the same Titanium talk, an Introduction to Palm webOS talk, and the closing keynote again.”

Of course, Brendan loves his mobile devices just about as much as he loves developing for them. I had to ask him what his favorite apps were for the iPhone and his new iPad. His list of favorites goes on endlessly, but he especially loves Keynote, “because I can work on my presentations from the iPad and actually show off my presentations on it. I actually had to do a whole talk using my iPad today at the Atlanta Mobile Devs Meetup because I couldn’t find the projector!” He also really likes the Epicurious app, which aids him in his effort to cook more at home. The Eyewitness app is another one of his favorites, along with Netflix, Air Video, and Things.

Brendan is young but has already come across great professional success. He gets to wake up everyday in the city that he loves, and walk over to his desk in his loft to start work for the day. His ingenuity, raw talent and work ethic have brought him to where he is today: from a gamer hiding his geekery from his high school wrestling friends, to an accomplished Director of Mobile Development with Intridea. And we’re lucky that Brendan loves us as much as we love him: “I love it at Intridea. I love the people I work with. It’s like a family here.”