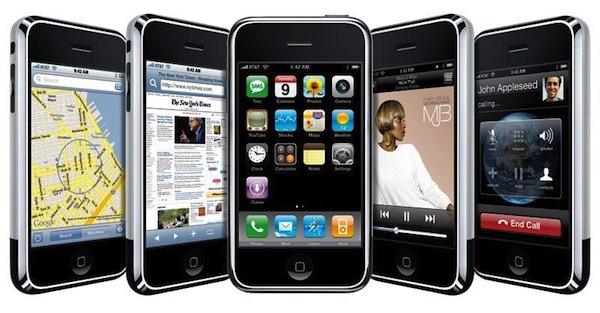 We all probably know by now that another generation of iPhone is coming and that it’ll have numerous new features. Some of these features will catch Apple up with other handset manufactures, but other features will put them ahead of everyone else.

Foxconn, Apple’s Chinese manufacturer of the iPhone, will apparently ship 24M units of the next generation of the smartphone. The new phone is likely to be announced on Jun 7, 2010, during Apple’s WWDC (Worldwide Developers Conference), and Foxconn will ship close to 5M units before H1 2010, with the rest of the units from July-Dec. Given that the 1st half of 2010 ends Jun 30th, I’m guessing that there’s an expectation of selling 5M units in June. Given that AT&T is offering an $18 upgrade fee from older iPhones, I wouldn’t be surprised if they exceed 5M units. Note: Unwired View thinks
the phone will be announced Jun 22nd, but that leaves a little over a week to move 5M units. I’d put my money on Jun 7, with a faster release to markets outside the U.S. than is the case for the iPad. (The iPad becomes available in Canada and select other countries this Friday, May 28th.)

Digitimes Research is saying that the gen-4 iPhone will boast a screen resolution of 960×640, which if correct is 4 times that of the current iPhones (480×320). Inside will be an “Arm Cortex A8 processor and a 512MB memory module.” However, other sites have speculated on the same A4 chip that is inside the iPad, as well 256MB of RAM, and possibly 128MB of storage, thanks to recently available, less expensive 64GB flash memory modules. It’ll like have a longer battery life as well — which will be necessary to power video chat on the go.

Now in addition to features on the next-gen iPhone that we’ve recently discussed, and other openly confirmed and discussed features such as app folders and third-party multi-tasking, here are some recently revealed features:

There will likely be many other features revealed this week and next — or until the phone gets announced.

By “potential feature” I mean that a feature is either supported by evidence but not confirmed by Apple, or it’s a feature that may not be available in OS 4.0 but rather in upgrades down the road, or finally a plausible feature that has been rumored by one site or another.

Of course, some of the above is still essentially speculation until the official announcement. We’ll all just have to wait and see.