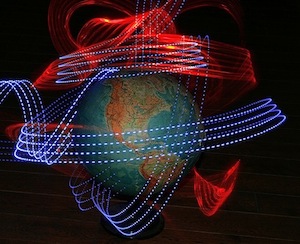 According to an ABI Research report, one billion people will have 4G cellular coverage by 2012. That’s compared to the just under 500M people who had coverage by year end 2009. [Via Softpedia]

It’s happened: According to the New York Times, cellphones are now used more for their data connection than for phone calls. Now that’s very interesting, considering that other statistics show that cellphones outnumber home phones, at least in the USA. So how are people making phone calls these days? Is anyone still talking, or does everyone chat through IM apps?

If you’re a TV fanatic to the point that you have a Hauppauge TV tuner card or external box for your computer, you can now use their WinTV v7.2 app’s Extend feature to stream TV content to your iPhone/ iPod Touch/ iPad device. Note that the app is not free, checking in at a price of US$9.95. [Hauppauge via SolSie] I have used an older Hauppauge external box to grab TV via coaxial cable, but not their newer devices which can capture analog (NTSC) and digital (ATSC, QAM) over-the-air channels. Hauppage devices also work with the Orb content streaming Web service, which allows you to watch live and recorded TV anywhere from almost any web-enabled device. Though you will have to leave your computer on. Note: Some Hauppauge TV tuners only work on Win PCs.

AT&T is now offering a Palm Pre Plus phone that’s very similar to Verizon’s, with the exception of a SIM card slot for AT&T’s version. (Verizon runs on CDMA and thus their Pre Plus has no SIM card.) Not sure yet if AT&T will offer tethering via the Mobile Hotspot ability that Verizon now offers for free (which used to be $40/month). They don’t offer tethering for the iPhone — which is what led me to buy the Palm Pre Plus in the first plus — but if I’m not mistaken, do offer it for select Android devices. Now while the AT&T version is more expensive than the Verizon version, you do get a Touchstone charger for free. PocketNow has a video review of the phone.