Send in the (Apple iPad) Clones 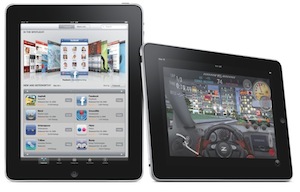 Even if you have no interest in Apple’s new iPad tablet computer, you probably can’t get away from news about it, so you probably already know that it’s pretty hard to get your hands on one, even in the United States. International availability will be done in phases, and it seems the date keeps getting pushed forwards, making a longer wait. But if you’re not sold on the iPad, there’ll be a number of competitors offering similar devices, and probably fairly quickly.

Currently, no less than Sony, Google, Nokia, RIM and BT (British Telecom), are considering releasing an iPad competitor, according to various online sources. Dell’s Streak tablet (5″, 7″, 10″ versions) will be out fairly soon, especially in Europe. HP just bought Palm and seemingly scrapped their Windows 7 tablet project shortly afterwards. I wouldn’t be surprised if they soon have a tablet with Palm WebOS out in the future. And of course there are a while slew of other companies with tablet devices already out, including Fusion Garage’s JooJoo and Aigo’s N700.