I recently had the opportunity to investigate LDAP authentication and particularly SASL (Simple Authentication and Security Layer) binding with DIGEST-MD5 (“SASL/DIGEST-MD5”), because this approach provides network communication security with little sever configuration.

Currently, there are two popular LDAP gems ruby-ldap and ruby-net-ldap that provide API for simple binding on plain or SSL connections; however, in my test, both gems failed to create SASL/DIGEST-MD5 binding correctly.

Summarized below are some of my observations during the test:

Clearly, net-ldap is the only option for the SASL/DIGEST-MD5 implementation. To complete a SASL/DIGEST-MD5 authentication, the client needs to communicate with sever in the following sequence:

After I implemented the above methods, I only need following lines to perform a SASL/DIGEST-MD5 binding to Active Directory server: 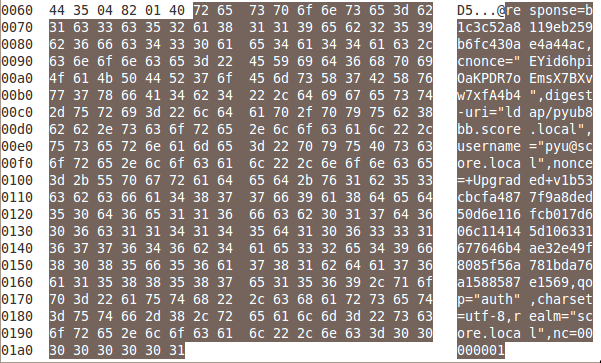