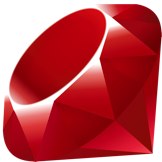 Welcome to the inaugural post of Polishing Rubies! In this blog post series I will be walking through the process of building and maintaining open source libraries in Ruby from the ground up.

The What and Why of Gems

Building an open source library can be a daunting task if you've never done it before. How should I structure the project? What do I need to include in terms of documentation? What tools can I use to make my library friendly for others to contribute?

We'll get to all of that. But before we do, I think it's worthwhile to examine the RubyGems system, how it works, and what exactly makes up a gem. Once you understand all of that, the idea of creating a gem will be neither confusing nor mysterious but rather just another tool in your arsenal to be used to help make your projects cleaner, more modular, as well as to help you contribute to the open source community.

This post series assumes that you have already installed Ruby on your development machine. You can visit the Ruby language download page if you need help getting started with Ruby.

All programming languages have support for libraries. Libraries are collections of reusable code that are usually grouped around a common purpose. There can be libraries for just about anything, from advanced processing of strings to higher level math functions to entire encapsulated applications.

A companion tool to RubyGems that has become indispensable for Ruby development is Bundler. Bundler is a way to manage all of the various gem dependencies for a Ruby project simply and in a single place. Bundler is itself a RubyGem and can be installed at a command line with gem install bundler.

Bundler is not mandatory for creating RubyGems, but it provides extremely helpful tools for library authors to automate certain processes. You will learn more about using Bundler when we create our first gem.

So What is A Gem, Anyway?

A RubyGem is essentially a specially structured folder that contains the source code, description, documentation, and tests of a Ruby library. Gems can sometimes contain command-line executables as well. The file structure of a Ruby usually looks like this:

Let's go through the different parts individually to make sure we know what they all are:

And really, that's pretty much it! If you're feeling a little bit overwhelmed by this list, don't worry: we will cover the needs and uses of each of these files in depth as we build our gem throughout this series. I just wanted to give you a clear overview up front of what really goes into a gem. Remember: a gem is just a folder that follows some conventions and rules, nothing more.

Why Would I Want To Create A Gem?

So now you know what a gem is but you may be wondering: why would I want to create an open source gem? There are many, many reasons why individuals and companies alike build open source projects, but here are some common benefits of open source development:

Again, there are far too many reasons to list here as to why you might want to release open source libraries. You might find some more answers in Intridea's own Open Source Citizenry blog post series.

In my next post I'll be covering the creation of the basic structure of a gem as well as getting it well-situated for automated testing, documentation, and other common needs. If you have any questions, comments, inaccuracies, or suggestions please do comment below or fork this post on GitHub. I want this to be a clear and accurate guide that can serve as a great starting point for anyone who wants to get involved in the Ruby open source world. Until next time, keep polishing those gems!

Continue to Part 2: Creating Your Gem »