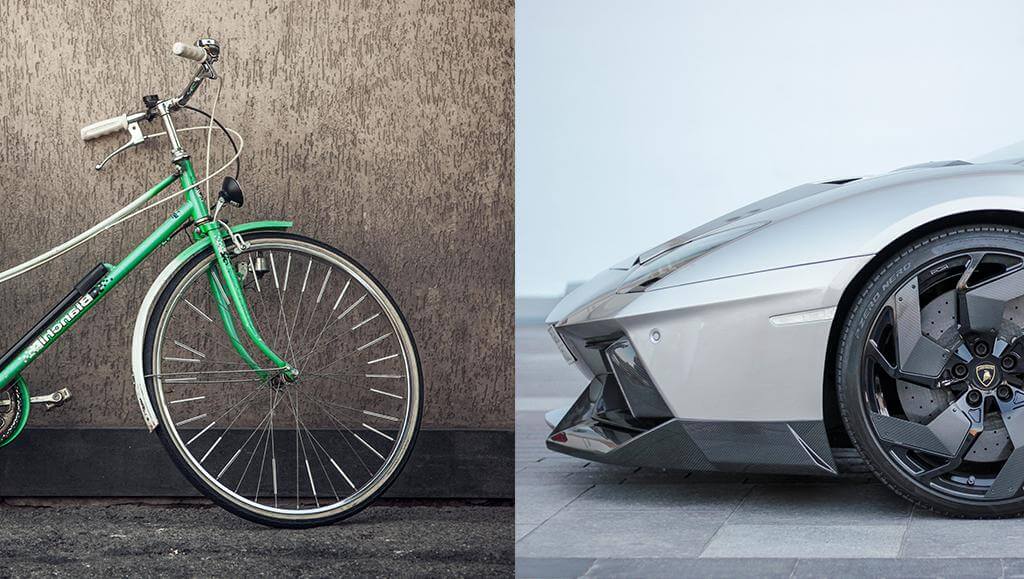 Recently my friend and I were talking about different digital products and their functionality compared to their appearances. I was trying to make the argument that simple equaled easy, that an application with less complexities was easier to use compared to one that was very complex. My friend was rather quick to stop me in my tracks, he was making the case that that isn’t necessarily true, he started his argument by comparing two everyday products, a bicycle and a car.

A bike is extremely simple in its appearance, there are really only 4 components that make it up:
– Frame
– Handlebars
– Two tires
– Chain

That’s really the foundation for any bike, nothing less.

To contrast that though a car has hundreds of moving parts:
– Complex motor
– Exhaust system
– Electrical components
– And dozens of other parts that allow it to run

However when you compare the two to see which is easier to use, in this case let’s say that “using” it means movement; a car with all its complexities has a much lower learning curve than a bike. Really all you need to do to drive a car is sit down, press a pedal, and turn the wheel.

In comparison to riding a bike, an extremely simple system compared to that of a car, the learning curve is much steeper. Why? Mainly because it relies on the user to have an already working knowledge of how to use it…balance. Without learning how to balance yourself on a bicycle you won’t get any further than a few feet. Once you learn to balance than you need to pedal in order to keep the system going, otherwise everything comes to a stop. Lastly combined with balancing, and pedaling, you need to steer the bike, all in tandem with each other. All relying on you, the user, to make the whole thing work.

What does any of this have to do with digital products, websites, applications? In short what my friend was saying is don’t make an interface overly simplified and expect your users to know how to work with it. Sometimes an icon, with its simple form, is harder to “use” than a more complex interface. Just because it has less “parts” for it to work doesn’t mean that it is easier for the user.