We’ve been very busy and are proud to announce our next app “Tweeb.” Tweeb is a Twitter-focused app for the iPhone. It helps people understand how they are doing on Twitter by giving them stats beyond followers. Check out the Tweeb website to learn more or just go take a look on the App Store. 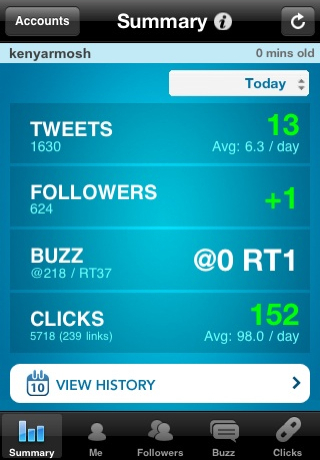 Tweeb is an interesting app for us not just because we love what it does but because of how it came to be. This was an app that Ken created some time ago. He brought it to us because it had undergone several rejections in the App Store and had serious performance issues. We spent about four weeks completely rewriting the backend and adding a couple of significant new features. Of course, after this work, it flew threw the approval process and into the App Store.

It’s not our style to push forward with a launch until we’ve allowed our users to kick the tires for a bit. Aside from all the feedback Ken incorporated previously, we were able to get some great insights from the first round of App Store users and recently pushed a subsequent update. If you are really interested, go read the release notes for Tweeb v0.9.1.

Version 1.0 of Tweeb is currently in development and should be pushed to the App Store by the end of this week. The best way to get us feedback is through our help desk or via our support e-mail (support at this domain).