52% of people watching the launch over the internet were viewing it on mobile devices. Mobile and tablet accounted for 64% 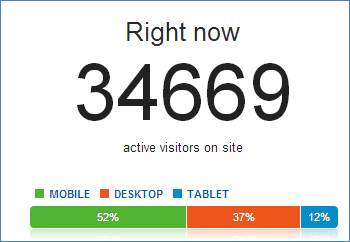 Gone are the days of the desktop.